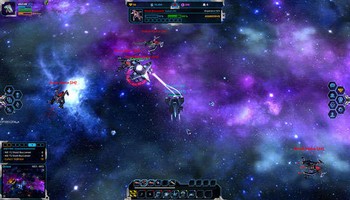 Andromeda 5 is a Unity-based 3D free-to-play massive multiplayer online role-playing game (MMORPG) which is available on several different platforms such as Microsoft Windows, Mac OS, iOS, etc. The universe of Andromeda 5 allows every player to live his dream as a great leader of his faction in the open space and face thousands of other players from all over the world, some of them to ally with, and the rest to have to fight against.
In the beginning, the player gains control of a small ship, which later could be upgraded or replaced by a stronger one, within a game world in a third-person view, and immediately starts to explore the landscape, fight various aliens, completing different types of quests, and interacting with non-player characters (NPCs) or other players.

As players continue to make progress and their ships become more developed, they gain various skills and items, requiring the player to further define the abilities of that ship. Players may form and join guilds, allowing them within the guild access to the guild’s chat channel, guild bank, management and dues.
Much of Andromeda 5 play involves the completion of quests, also called “missions”, usually available from NPCs which reward the player with some combination of experience points, items and in-game money.

The game also includes interesting storyline, additional PvP challenge modes and instances where players team up together and fight against unique bosses. The end-game is located in the last 3 galaxies where players from both factions fight against each other for the control of special Extraction points and mark their progress on the Leaderboards.

Explore the beauty of 20 magnificent galaxies, where you could fight anyone from harmless freelancers, traders and space droids to the deadliest pirates, assassins and battlecruisers!
Choose between 15 different ships, upgrade them and shoose the skin that you like the most. Configure your ship to make it a real space killer.
Complete over 200 different missions and collect great rewards.Team up with other players to complete the hardest ones or just to manage to clean your way through the deadliest aliens.
Train and improve your pilot with over 30 skills and talents, divided in 4 sections.
Crush your opponents in the free for all battles or be a part of a great fleet in the team games! 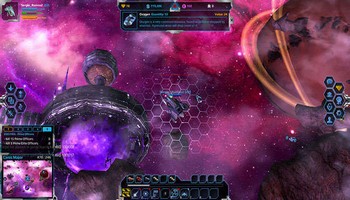 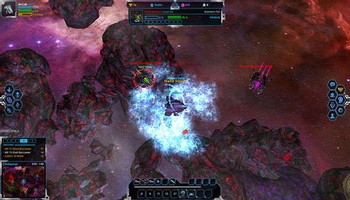 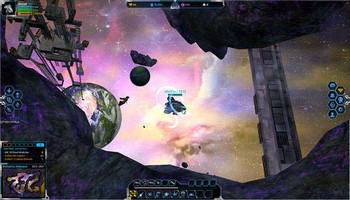