Diablo® Immortal is an upcoming free-to-play mobile MMOARPG developed by Blizzard Entertainment in partnership with NetEase, and is the first ever Diablo game to be designed exclusively for mobile, touchscreen devices (Android, iPhone and iPad). Diablo Immortal takes place between the […]

Mad World is an upcoming free-to-play 2D cross-platform MMORPG powered by HTML5 and developed by Seoul-based studio Jandisoft, with unique hand-drawn, dark fantasy-themed art presented in 2D isometric style, the story of which takes place in a post-apocalyptic world where humans […]

Ember Sword is an upcoming free-to-play MMORPG by So Couch Studios integrating blockchain (Ethereum) and NFT technology to re-define the MMORPG genre’s negative pay-to-win reputation by removing the traditional cash shop and letting players own, control, and evolve the fantasy universe […]

Magic World Online 2 is or was an upcoming free-to-play fantasy MMORPG with diablo-like view by Shanda Games. The game is set in a world imperiled by legions of terrifying demons. Defeated long ago and imprisoned behind a powerful seal, they […]

Civilization Online is a unique new MMO in which players work together to build a civilization from the stone age to the space age. Create your custom avatar and then choose which role you will play in the expansion of your […]

The Repopulation is a Massive Multiplayer Online Role Playing Game. The action takes place on the planet Rhyldan, with the only known remaining human population fighting for their very existence. The indigenous life forms did not meet their colonization efforts with […]

VoidSpace is an upcoming twitch-based MMORPG set in a sandboxed world called The Void that you can play on any modern computing device. The top-down style is similar to Escape Velocity Nova except you are not on your own, you are […] 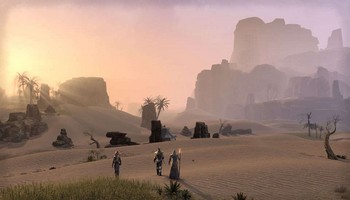 The Elder Scrolls Online is a (soon free-to-play) massively multiplayer role-playing video game developed by ZeniMax Online Studios, and released in Spring 2014. It is a part of The Elder Scrolls video game franchise, of which it is the first open-ended […]

Dark Age of Camelot (DAoC) is a 3D medieval fantasy MMORPG, released on October 10, 2001 in North America and Europe. The game combines Arthurian lore, Norse mythology and Irish Celtic legends with a dash of high fantasy. It is set […]