Game studio and publisher 1939 Games is offering free copies of its Anniversary Edition DLC, giving away card packs and more (normally sold $14) so players can have a better chance to enjoy the game. The DLC can be claimed and added to the free-to-play game KARDS via the DLC’s Steam page before April 19. 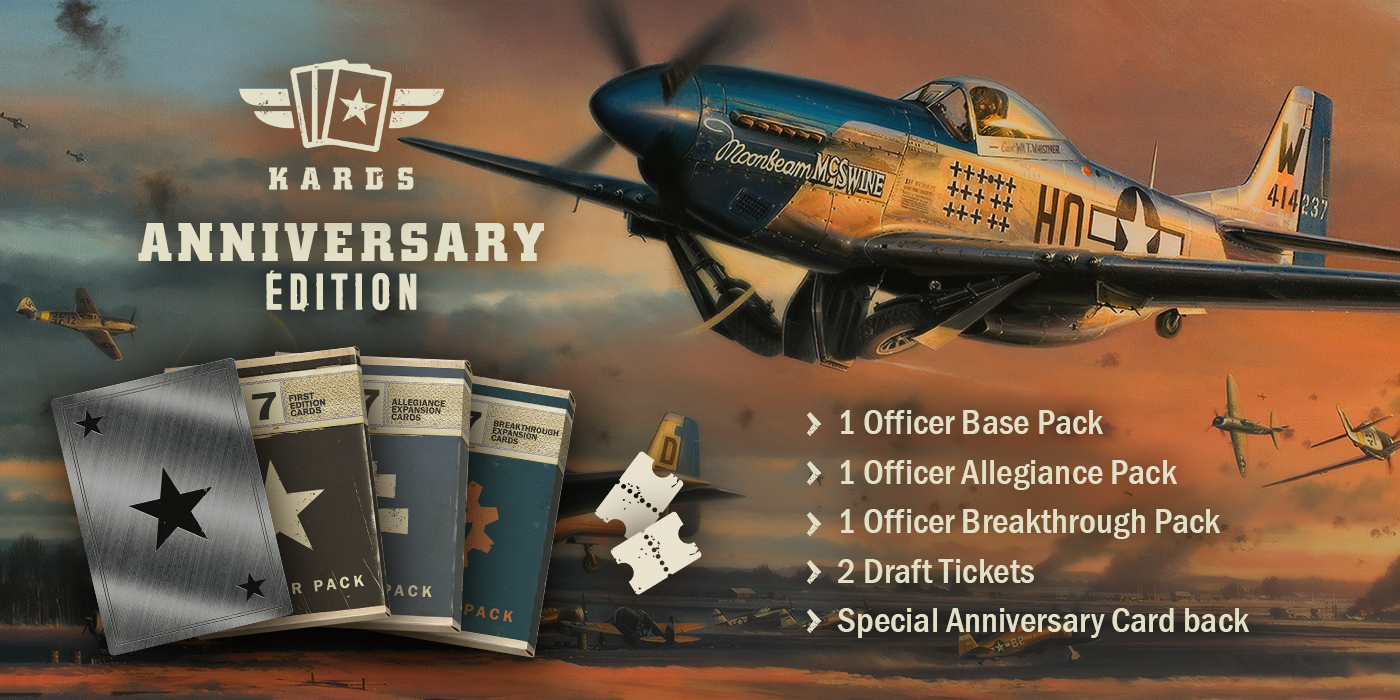 About the KARDS – Anniversary Edition