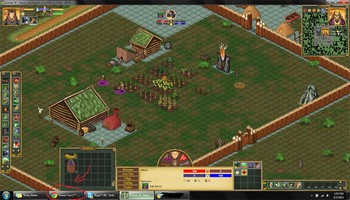 Haven & Hearth is a free to play MMORPG (Massive Multiplayer Online Roleplaying Game) set in a fictional world loosely inspired by Slavic and Germanic myth and legend. The game sets itself apart from other games in the genre in its […]