Overwatch, the widely popular team-based FPS from Blizzard, is entering a “free trial” period today, with pretty much everything unlocked. While this special F2P event is essentially designed to attract new players and eventually boost sales, this may be a good opportunity for players to push for a full F2P release. The free-to-play event runs on all supported systems/platforms. Windows PC players will have it completely free as they are only required to create a Blizzard account and download the Battle.net client in order to play.
Console players however will be able to play “free” only if they are PlayStation Plus or Xbox Live Gold subscribers. PC and console gamers will not be able to play together during the Free Trial as
there is no cross-platform play in Overwatch.
The Free Trial will be offered in all regions on PlayStation 4 and Xbox One. On PC, it will be available in Americas, Europe, and Asia (excluding Korea). 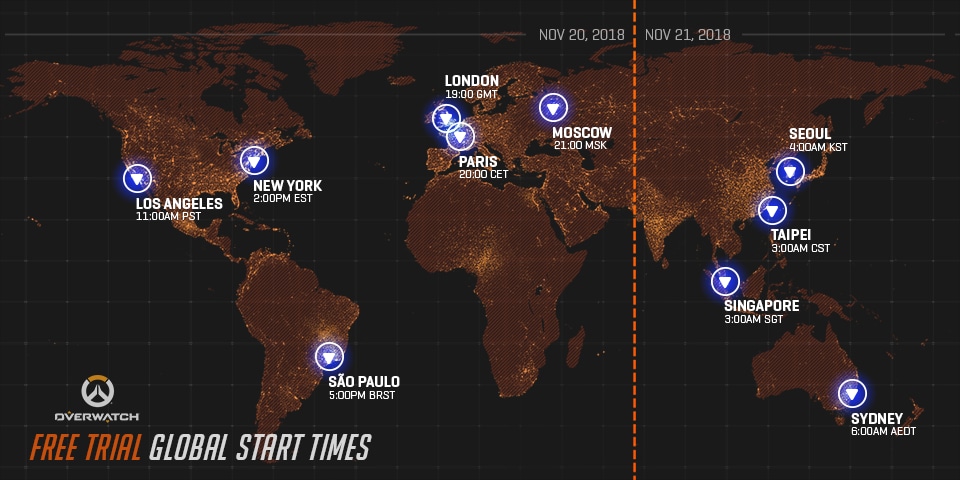 During the Free Trial, players will have access to Overwatch’s full roster of 29 heroes —including the newly released gunslinger Ashe— and 19 maps available for play in a variety of modes, such as Quick Play, Custom Games, and the Arcade. Players will also be able to level up, earn Loot Boxes, and unlock different customization options for their heroes. This trial event may be a good opportunity for F2Players to push for a full Free-to-play release. Considering that the game thrives on micro-transactions, there doesn’t seem to be a compelling justification for a priced entry, especially when there are so many great F2P team-based shooters out there. It is also worth noting that players are not offered a stand-alone, DRM-free game, of which they are true owners, but mere membership access to an online game service, the duration of which is entirely dependent on the success of micro-transactions.
The most effective way to push for a full F2P release would to be to mass register and play during free trial only, and wait a few weeks to see how Blizzard reacts, as they are most likely considering taking this route anyway.