ArcheBlade is a free-to-play multiplayer action game in which users take sides and fight against the other team. Players choose one of several characters, each with their own unique fighting style and action combos. ArcheBlade captures the essence of combo-based fighting games like Street Fighter combined with MOBA style match system. Rather than pressing a single key mindlessly to use skills, players will need to pay close attention to their character and their opponents’ moves in order to perform combos as well as block and avoid attacks all happening in real-time.

Fighting Game in Multiplayer Battle Arena style:
With the elements of fighting games and multiplayer both available, experience the fun you’ve never experienced before. Play with your friends or other players online to test your skills. Work with your teammates or as an individual player to beat the opposing side. It’s all up to you. Up to 7 vs. 7 battle is supported. More match modes will be available in the future.
Various Characters to Choose From:
Characters with unique fighting style and combos are at your disposal. Based on a Korean Fantasy Novel, ArcheBlade provides a roster of characters with interesting backgrounds. From a sexy female gunslinger to a dwarf dressed in robotic armor, you’re free to choose whoever suits your style.
Battle Arenas with Distinctive Goals and Surroundings:
From team death match and capture the flag to free-for-all and team round match, each battleground has a different goal to accomplish. One more thing. Always watch your surroundings as you may get hit by a train, or lose a step and fall off the bridge. 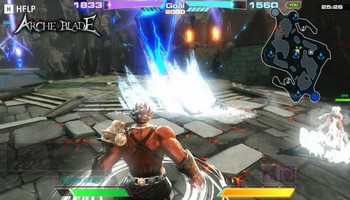 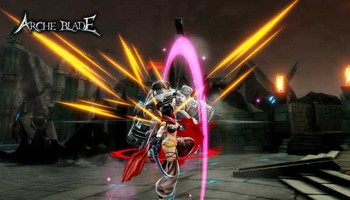 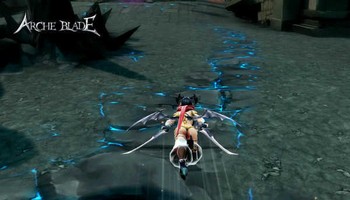 Still playing?...
You know any discord server that stills joining and playing the game? wanted to remember the old times with a friend and found that the game was dead submitted by [...]
[Fan Remake] How can I contact the IP holders?...
While I am aware that the game is still playable, there are many issues that need to be addressed with the game, including netcode and more. I've been working on a Physics Based combat system for awhile and it's at a point where I feel [...]
Arhceblade has new Dev's, and is being re-develope...
In case anyone in the community did not know, the previous Dev's gave members of the community Developer privileges, and the game is now being updated, re-balanced, and new maps are being added. You can check out the new AB website at: [...]
ArcheBlade Loading Error fix for new accounts!...
[...]