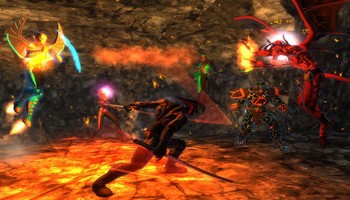 Champions Online is a free-to-play superhero-themed MMO game. Champions Online delivers furious, fast-paced encounters previously reserved for action and fighting games. No more boring auto attacks and lengthy recharge times. Champions Online: Free for All combat is instantaneous – and electrifying! The Champions universe is jam-packed with thousands of heroes, facing thousands of threats. Join up with other heroes, create your own superteam, and prepare to take on the ultimate threats!

– Total Customization: Choose from thousands of different costume pieces, colors and body types to create your character’s one-of-a-kind costume and look. There are billions of possible combinations, and in a universe brimming with the fantastic and the unforgettable, you can still be completely unique!
– Your Powers, Your Terms: There are a multitude of astonishing powers to choose from in Champions Online: Free for All, and its flexible character creation system gives you total control over your hero’s abilities. You can even pick the appearance of your powers. Do you want purple force fields?
– Keep Your Enemies Close: Every hero must have an archenemy. In Champions Online: Free for All, you design your character’s supreme adversary, choosing a name, powers and costume for a superpowered foe to bedevil your hero throughout his or her career.
– Bigger and Better: Vanquish evil and your successes will be rewarded with costume pieces to enhance your powers and abilities. Then customize the appearance of those rewards to your vision of your hero’s look and abilities!
– Endless Exploration: The battle against evil in Champions Online: Free for All rages across the world into outer space and alternate dimensions. No other MMOG offers players the chance to explore such diverse realms – from the shining skyscrapers of Millennium City and the frozen wastes of Canada to the hidden underwater city of Lemuria, the foul mystical dimension known as Qliphotic, the burning desert, and the mysterious Vibora Bay.
– Evil Most Foul: Battle supervillains, aliens, giant monsters and secret, sinister organizations. Doctor Destroyer is launching new plans to conquer the world. VIPER lurks in the shadows, seeking chances to strike at humanity. The ancient Lemurians are plotting a return to power. And Mechanon won’t stop until it has wiped all organic life from the planet. 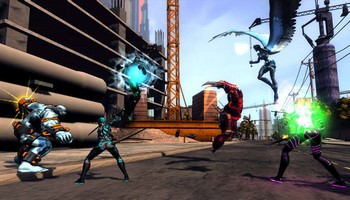 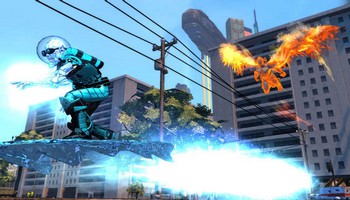 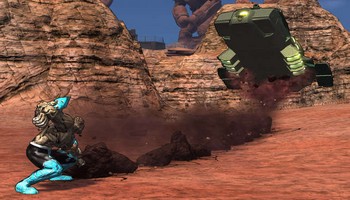