Dead Earth is a Free Persistent Browser Game set 100 years in the future were corporations are vying for total control of the asteroids to supply an ever more desperate Earth. Play against thousands of people online and cunning AI controlled forces. This game is unlike any other browser game on the internet it combines real time short-term tactics with long term strategy.

-Research more than 100 different technologies
-Colonize and invade asteroids
-Design your own ships and customize your asteroid bases with a large selection of modules
-Discover more than 60 special items
-Go it alone, or use diplomacy and teamwork to win
-Create your own inter-planetary corporation to supply the Earth’s resource needs. But be careful as the competing corporations are cunning so try to tailor your own unique ship designs and asteroid bases to beat your opponents. Then carve out your own corporate empire in the asteroid belt, the more asteroids you control the more resources you can mine and the more you can expand your corporation.
-You can also try to play the game diplomatically cooperating with other corporations to achieve your own ends, but be careful they could betray your trust at any time.
-As everyone moves at the same speed in this game the key to winning is anticipation, you must think several stages ahead to beat your opponents.

A rush to the asteroids started in 2098 with more advanced spacecraft engines and little resources left on Earth, corporations began exploring the solar system to supply the teaming masses of Earth…Earth a once beautiful planet had become a barren with little wildlife, regular flooding in some areas and massive hot baking deserts in others. The corporations quickly set up space stations around the solar system guarding various different locations including mineral rich asteroids and moons.
Soon after paying customers began to come into space to start new lives on planets, moons and asteroids throughout the solar system.
All of this made the corporations rich. However this alone was not enough as the corporations soon realized they were powerful enough to dominate the entire solar system. So many began to fight amongst themselves to carve out their own empires. Soon some of the corporations where controlling whole planetary systems. Earths weakened governments tried to stop this through the United Earth Organisation, but many of the United Earth ships where outmatched by the rich corporations and swiftly crushed.
The corporations having long ago abandoned Earth to its fate saw little reason why they should tie themselves to the rules of this doomed world, and had began to set up sponsored colonies of their own within their own territories to give them a guaranteed long-term workforce.
United Earth failed to restore order to the entire solar system, but managed to control the space around Low Earth Orbit, and stop the stealing of what little remained of Earth’s resources. Some argued that they should stop the corporations imports however the planet was so reliant on these imports that it was projected that if this did happen more than half of the Earth’s population would die of starvation and lack of basic supplies in less than two months.
The only group on Earth who acted against this state of affairs was the Red Alliance. The Red Alliance stole from governments on Earth and using old materials built space ships on bases all over Earth. These ships had one mission to take back space for the people. Then on the 25th of October 2103, all the Red Alliance ships launched at once. It was said that there was over a thousand vessels making up the fleet. United Earth didn’t dare stand in the way and simply flew aside.
The ships headed straight for the moon and the rich mineral deposits there. This was jealously guarded by the Microogle Corporation. The Microogle Corporation scrambled their ships but could only scrape together fifty ships, but even so they managed to inflict heavy casualties on the Red Alliance before being driven out.
The Red Alliance landed ground troops and quickly overwhelmed the bases defenders most of whom surrendered. The CEO of Microogle was captured and brought before the Peoples Committee. There he was sentenced to death for betraying the human race. But before his sentence could be carried out his Red Alliance guards whisked him away, with apparently large pay offs. He escaped with the battered remnants of his Corporation.
The Microogle Corporation is now licking its wounds and planning its revenge. However it may be a long time before it returns as it was not strong enough to take territory from any other established corporations so had to start a fresh in the freezing expanse of the Kuiper Belt.
The rest of the corporations have increased their production of warships and now regularly attack the Red Alliance’s lunar bases. The solar system is now at war. 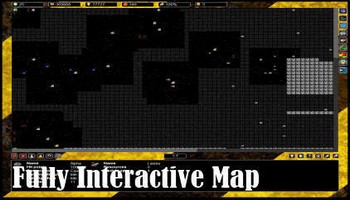 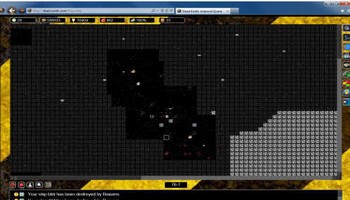 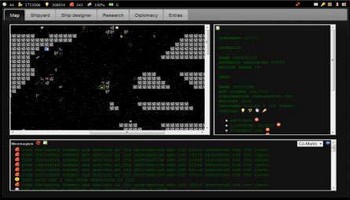