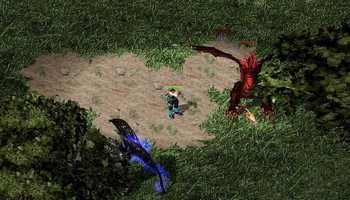 Dragon Raja is a 2d isometric, Free-To-Play fantasy MMORPG based on the first series of fantasy novels written by Lee Yeongdo, one of the most famous fantasy novelists in South Korea. The world of Dragon Raja and some of the main characters have been used as a basis for the MMO game. At the start of your journey into Dragoon, you have the choice between five combat classes: the warriors , wizards , priests, thieves and archers. Furthermore, you have to decide to join a favored group and choose a profession: tailor, mountain farmer, alchemists, and others. Special features such as individual customization of the game character, rare items and the bounty system make the gameplay interesting. As part of the bounty system, you can even set a bounty on the head of another player! There are also many PvE quests, much PvP action, as well as guild making/joining.

At the beginning of time God Zebu created the continent Dragoon, which was then inhabited by eight different clans. The Dragon Clan was then superior to the other clans, as a result of having much wisdom and knowledge as well as its clan members being able to fly into the air and breathe under water. As among men a mighty king was born, this led to a fight and a good 300 years later, the planet was divided into two regions. Since then, Dragoon is torn by war. 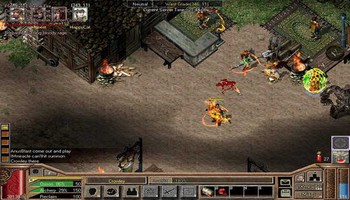 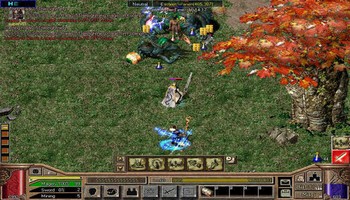 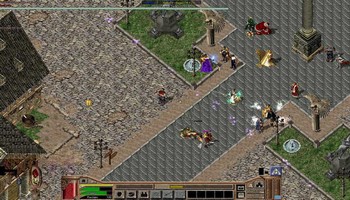