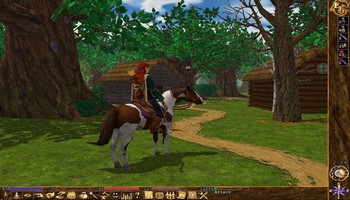 Eternal Lands a free to play 3D fantasy massively multiplayer online role playing game for Windows, Linux and OSX (Mac) with cross-platform play. The game has no fixed classes or professions, so you can always do new things and develop new skills without having to create a new character! There are 12 skills in the game: Attack, Defense, Harvest, Alchemy, Magic, Potion, Summoning, Manufacturing, Crafting, Engineering, Tailoring and Ranging. Eternal Lands is not just about combat. In fact, many players barely touch the combat part and, instead, focus on more peaceful activities such as collecting resources, creating items, summoning monsters and so on. But if you like combat, there is plenty of it as well, both PvP and PvE.

– 12 Skills: Attack, Defense, Magic, Potion, Alchemy, Summoning, Manufacturing, Crafting, Engineering, Tailoring, Ranging, Harvesting. Check out the Skill Guide for more details and starter guides!
– Classless System: You do not choose a class, just do whatever skills you want, whenever you want! Place attribute points when you’re ready, or even reset and start all over.
– Explore: 2 continents with 38 maps + tons of dungeons, caves, buildings, and secret areas!
– Quests: 30+ quests currently in the game with more to be added. Also there are Daily Quests, where you can get a new assignment each day to gain exp. and rewards.
– Friendly Community: Chat with people from all over the world! Join or make your own guild and invite friends, help each other out with projects, team up and go to Instances Maps together-where you challenge an invasion of monsters and get special prizes. Most of the people here are friendly, and they will try to help you if they can.
– Events: Participate in Live Events run by game mods, or even make and run an event yourself! Also computer controlled monster invasions and special day events.

There are no fixed class restrictions, so you can develop your character in any way you wish. You, as a player, determine exactly how you develop your character. If you make mistakes, or decide to change or adjust your build, you can do so.
Eternal Lands is not just about combat. Many players focus on more peaceful activities such as collecting resources, creating items, summoning monsters and so on. But if you like combat, there is plenty of it as well, both PvP and PvE.
The game client is relatively small, the download being only 50MB. That’s under a minute on a cable modem, and a few minutes on a DSL connection.
Eternal Lands is a multiplatform game, running on Windows, Linux and OSX (Mac). The client is open source. 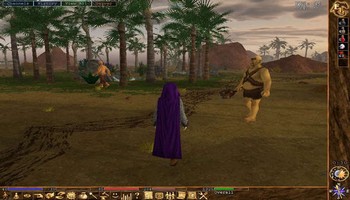 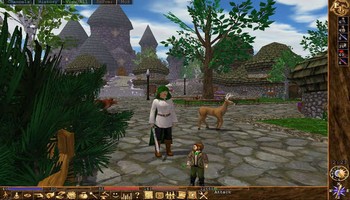 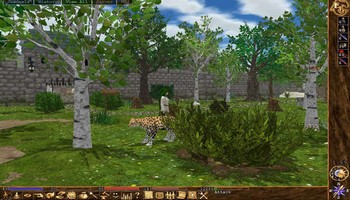