Marvel Puzzle Quest is a free-to-play single and multi player match-3 puzzle game based on the Marvel franchise. The best in match-3 puzzle gameplay meets Marvel’s biggest Super Heroes and Super Villains in an epic puzzle adventure game on your phone and tablet. Marvel Puzzle Quest combines your favorite Marvel characters with deep RPG leveling, player-vs-player tournaments, alliances, and much more. It’s time to unleash your inner Super Hero and wage war against your enemies.

Introducing new characters: from the Marvel Universe and continually expanding game features.
Brand new tournaments and events: are launched each month to offer players fresh gameplay to explore.
Unmatched strategy and depth: Embark on a journey of a global scale and unleash your strength and wits with your favorite Marvel characters to outsmart and defeat your opponents.
Build Alliances: among your friends and compete against rival Alliances. Snag the top rank in Tournaments, Alliances, and Season Play for new character rewards and other prizes.
epic story: written by Marvel veterans Frank Tieri (Iron Man, Wolverine, Weapon X) and Alex Irvine (Iron Man: The Rapture, Daredevil Noir) based on the Dark Reign storyline, a monumental narrative in Marvel history.

Marvel Puzzle Quest has a free-to-play model based on micro-transactions which allow you to progress much faster. Players who pay gain an advantage in the sense that they can level up their character cards faster. Getting further, however, means you can compete in daily competitions/leaderboards to win new characters and powers, crystals for levelling and gold coins for buying new characters. 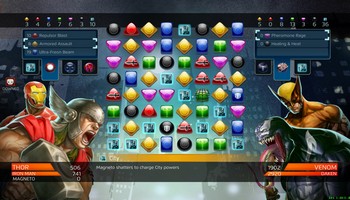 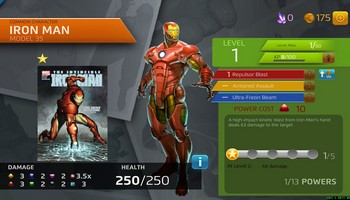 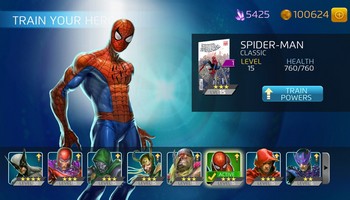 MPQ 224 is Here!...
“Everything under control”Morbius (The Living Vampire) is ready for a feeding frenzy... Recruit now in select events!IT’S NO JOKE! CHECK OUT THESE APRIL FOOL’S DAY EVENTS! Play in the Introducing Bag-Man event for the chance to ea [...]
MPQ 223 is Here!...
“Hey, it’s a living…” Puzzle battles never looked so good...MPQ gets a makeover! Check out the ALL-NEW Gameboard and tile animations now! Colossus (Phoenix Five) is ready to reinforce the frontline. Recruit now in select events! [...]
MPQ 222 is Here!...
“Not Blue-Grey? Hmm…”Bombard the enemy with every tool at your disposal with Beast (Age of Apocalypse), now in select events.DON’T MISS THESE EVENTS ON MARCH 4th! Your next challenge awaits you in the ALL-NEW Puzzle Ops Gauntlet [...]
MPQ 221 is Here!...
“The end always justifies the means” Guide your team to victory with the Savior of Mutantkind, Cyclops (Phoenix Five), now in select events! Battle your way to the top in the new Alliance Event Spider-Man vs. Sinister Six on 2/18! [...]