One Troll Army is a free-to-play tower defense strategy game about building forts, upgrading your troll, and fighting off waves of enemies. The game is mainly single-player but has multiplayer modes (may need to install mods). This RTS game lets you crush hundreds of minions as a powerful giant troll. Tiny Goblins call on you to protect their fort, in exchange for armor, money and new moves to smash and loot minions. Goblins build towers, barracks and catapults over each wave to help you fight back bigger minions and bosses.

Play Against The Twitch Chat: Enable Twitch integration to allow your viewers to directly control units
Fight as a boss troll with 12 upgradeable skills: Kick, Knock, Wheel, Quake, Taunt, Jump, Ram and Loot your way through the horde!
Defeat various enemies: from small rats to huge ballista-wielding rhino and buffalo bosses. 21 types of enemies and 15 bosses.
Manage the crowd of goblins: Make them builders, looters, miners, loggers and more to harvest resources, restore the fort, get the loot and build new structures.
Manage the fort: Build and upgrade 7 buildings with 3 levels of upgrades from small huts to great castles.
Build and upgrade defense towers: Each fort has 4 towers with 4 types of weapons (stone-thrower, archer, catapult, bomber). Also upgrade weapon types at the barracks.
Hire and upgrade orc mercenaries for support: but don’t let them die on the battlefield!
More than 50 goals and achievements. 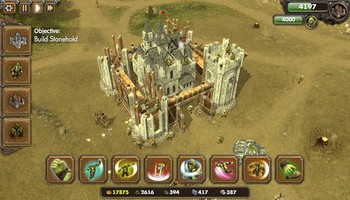 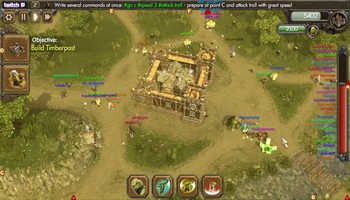 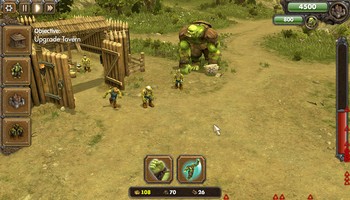 New game from the One Troll Army developer...
Greetings, Troll brethren!It’s been a while since we smashed and kicked hundreds of minions as one big army! We have an excuse, though: we’ve been busy working on a new game that we plan to release early next year, and we would like to welcome you all to our community [...]
v1.03: Chat can now control armies! Balancing fixe...
The latest update adds the ability for twitch chat to control a group of enemies. This looks extremely cool in small chats, when you have 5-10 people controlling groups of enemies, all dressed in the same costumes. [...]
v1.02: Survival mode fixes, sandbox mode, bug fixe...
Hey everyone! v1.02 of One Troll Army is now available, woo!We noticed an odd issue that somehow automatically added the DLC into people's shopping carts. It had something to do with the Steam overlay being called, and it's no longer happening. Apologies to anyone who thi [...]
Update: dancing and bug-fixes!...
The first post-launch update for One Troll Army adds dancing to DLC owners (you're awesome!) and fixed a whole bunch of issues. Let us know what you think!- Dance buttons for DLC owners added- Fixed a bug where the Surrender button doesn't appear- Rebalanc [...]