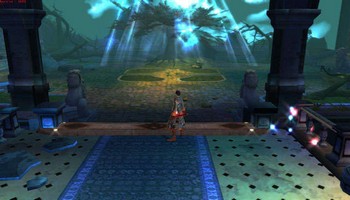 Rusty Hearts is a free-to-play ultimate hack & slash, dungeon crawler MMORPG game with anime style graphics, epic battles, and devastating combo attacks optimized to work with any PC gamepad. Players can select from a number of characters and take on quests and dungeons, engage in crafting and forging to create and improve gear, and participate in PvP modes.

-Personal room: Everyone needs a break from the bustle of the big city and the stresses of battle. The My Room feature gives you a personal space within the city to store items and collect your thoughts.
It also serves as a fast-travel hub so you can reach all the areas you’ve already discovered quickly and conveniently. Every time you enter the land of Rumania you will start in your Room. Where you go from there is up to you.
-Auction House: Sometimes you may not want to dismantle a high quality item and the price local merchants are offering just doesn’t cut it. In these situations, the Auction House is your best bet.
-Guild system: If you’ve got a group of people you enjoy playing with, why not start a guild? Speak to Major Nadia in her office in the Shopping District, pick a guild name and you’re ready to rule over your friends and allies with an iron fist!
-Party system: With all your fellow Rusty Hearts players spread out across dozens of channels, forming a party of players near your level who are looking to throw down in the same dungeon can be tricky. Luckily, the party system interface is here to make ganging up on Vlad’s minions hassle-free!
-The Dead Man: That’s where the Dead Man Federation comes in. This federation of mischievous skeletons is always looking to steal your hard-earned loot, so you better be quick! Once the Hand claims your loot, there is a way to get it back, but it won’t be easy…

There are four basic playable characters with their respective avatars, which retains the same combat style but of different gender.
Frantz Kruger, a vampire specializing in swords and battleaxes.
Angela Strraugend, a witch specializing in magical swords and scythes.
Tude Macleod, a werewolf specializing in gauntlets and claw weapons.
Natasha Borzenkova, a gunslinger specializing in revolvers and muskets.

Thousands of years ago, the mighty Bartbarod kingdom thrived near what is known today as Macedonia. The royal family held a strict bond with each other, maintaining a pure bloodline for centuries, until a genetic mutation nearly wiped them out in 1000 BC. The few who survived the mutation lived in hiding and continued to pass on their blood, breeding a race that would come to be known as vampires.
Around 200 BC, this tribe of mutants was discovered by other humans deep within in the Crelle Forest. They possessed inexplicable powers and were initially feared by “normal” humans. Their existence was tolerated, but only reluctantly so. Fear and mistrust grew between the two peoples.
As time passed, members of both tribes forgot their fears and a new race of half-breeds were born. Their population grew quickly, causing the pure-blooded vampires to grow wary. The ruler of the Vampires at this time, Lord Vlad, decided he had had enough. He would once and for all eliminate the impurities that threatened the existence of his people and declared war against humans and half-breeds alike.
After the Black Plague had swept through Europe in 14th century, the great witch Philistia assembled the Hermetic Association of the Golden Seal, a unification of small rebel groups to fight against Lord Vlad’s vampire army. All records tell that her rebels were successful and stories of Vlad faded into legend… 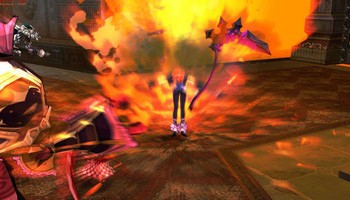 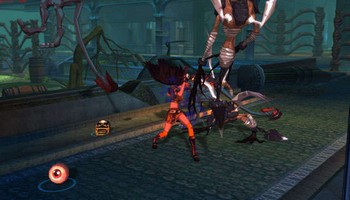 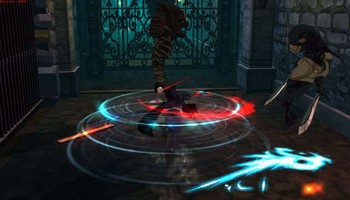