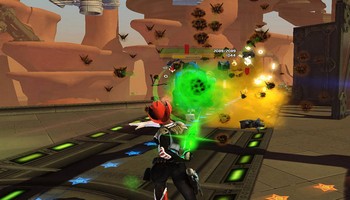 Super Monday Night Combat is a free to play, strategic, multiplayer, MOBA-like third person shooter… “and the most popular lethal sport of the future”. It blends intense tactical combat, a deep metagame, an ever-expanding roster of Pros, and an ever-growing amount of customizations. Why fight in bombed out cities or desert wastelands when you can have every kill streak judged by hilarious sportscasters and cheering, or jeering, fans? Super MNC has scored high in the MOBA genre, pleasing most of its users, which is somewhat a great achievement.

Unique Strategic Multiplayer Shooter: Super Monday Night Combat blends intense combat of a shooter with lots of strategic depth. Shooting enemy players and bots, upgrading skills, and using money wisely is key to being victorious.
The Rules Have Changed: Super Monday Night Combat has increased the roster of Pros, the strategic depth of gameplay, the customization options and the amount of metagame over it’s predecessor. On top of all that, the rules will continue to change! Super Monday Night Combat is updated every week with balance and gameplay improvements, and new content such as Pros, uniforms, taunts, weapons, game modes, and maps!
Playable Pros: Each Pro comes with its own unique look, voice, taunts, uniforms, weapons and skills. Pros are broken up into Commandos, Defenders, Enforcers, Strikers, and Sharpshooters so you’ll have multiple to choose from to fit your play style!
Customization: Customize how you look with mix and match Pro uniform pieces, different weapons, and taunts. Then customize how you play by unlocking and setting up endorsements and products.
Deep Metagame: Playing Super Monday Night Combat allows you, the agent, to level up and earn combat credits to unlock lots of gameplay improvements. Players can also collect various customizations to perfect your look.

Super Monday Night Combat features the usual free to play model found in MOBA games. Players can choose from a rotation of free Pros to play every week and have a chance of winning most customizations and gameplay improvements from the Post-Game Prize system. 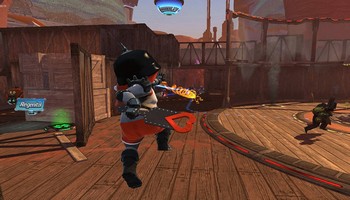 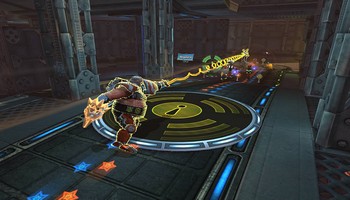 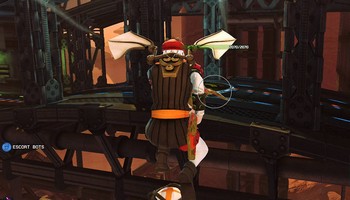