Yu-Gi-Oh! Duel Links is a free-to-play Trading Card Game (TCG) based on a popular manga created by Kazuki Takahashi and brought to life on Windows PC, iOS and Android devices by Konami. Duelists will kindle the spirit of Yugi, Kaiba and other beloved characters from the Yu-Gi-Oh! franchise in competitive card battle action. In Yu-Gi-Oh! Duel Links, Duelists construct the ultimate Deck by choosing from more than 700 authentic Yu-Gi-Oh! cards to play in fast-paced, real-time PvP Duels, allowing them to battle other Duelists from all over the world. The essence of Yu-Gi-Oh! is re-imagined for mobile as players can Summon Monsters, Traps and Spells in an effort to reduce their opponent’s life points toward victory.

Duels: The “Yu-Gi-Oh!” TCG (Trading Card Game) can be played digitally with newly designed, intuitive controls optimized for your personal computer. Also, signature monsters like “Dark Magician” and “Blue-Eyes White Dragon” make their appearance with dynamic visuals.
Single Campaign (Duel World): Duel as your favorite characters from the “Yu-Gi-Oh!” world and complete Stage Missions to earn various rewards, with new cards obtained from the Shop.
Duelists: Challenge Yugi, Kaiba, Joey, Mai and other Legendary Duelists. Complete specific Missions to unlock and these characters. Earn Skills and rewards by leveling up your favorite characters.
Online PvP: With “Yu-Gi-Oh! Duel Links,” engage in heated Duels anytime and anywhere against players around the world. Climb through the rankings and claim the title of King of Games.
Decks: Build your very own Deck with cards you collect in-game and take on opponents. Stay tuned for future card additions. 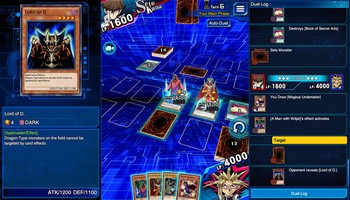 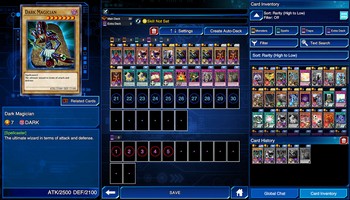 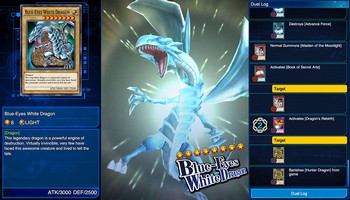