Achaea is an extraordinary, original world of high fantasy, epic conflict, and exciting gameplay. Here your choices matter and ancient forces shift uneasily beneath the surface – all supported by a dedicated team who is committed to giving you an exciting, immersive experience. Discover the rich world of Achaea and its endless possibilities! Vie for power and influence as a leader in one of dozens of player-run organisations. Compete for top rankings in combat, or become a learned scholar and teach the masses about Achaea’s rich history. Delve into the complex economy, master a tradeskill or two, and amass a fortune in gold. Commission a ship and become a notorious pirate of the high seas.

– Rise in power to lead one of the six cities or twenty-five houses.
– Gain glory – and notoriety – in our quarterly combat rankings!
– Become a sea captain – set off on your own ship to visit dangerous and remote islands, trade valuable cargo, or battle other ships on the high seas.
– Become a Quisalis assassin or devote yourself to the worship of the Gods.
– Reach the ultimate at level 99 – transform into a Greater Dragon! This hybrid race/class comes with an entirely new set of abilities.
– Play one of 12 races – whether you prefer humans and dwarves or more exotic fare such as winged Atavians, amphibious Grooks, and feline Rajamala, we have it all!
– Join one of 17 classes and become a mysterious Occultist, heroic Blademaster, necromantic Apostate, or a forest-loving Sylvan.
– Choose from over 70 character traits to augment your skills in hundreds of combinations to suit your style of play. 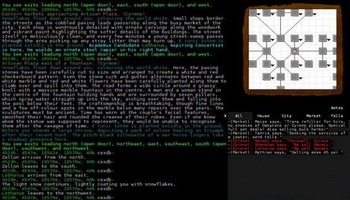 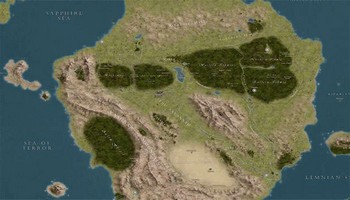 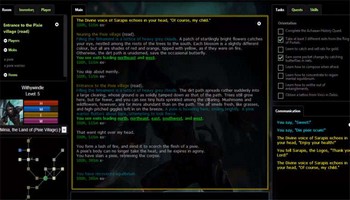 Classleads are open!...
We’ve just opened classleads for submission: these will run until 0 GMT on the 12th of May, so you will want to have your reports in by then (don’t forget to SUBMIT!). A few things to keep in mind this round: Please do not submit anything concerning the paladin cla [...]
May in Achaea!...
It’s May already and that means goodbye artefact cart and artefact discounts and hello to the Wheel of Fortune which is making a return to New Thera! Completing an adventure worth 50 renown or more earns you a free spin each day and premium tokens can be obtained via the [...]
Pariah Artefacts Arrive!...
As we enter the third week of the Artefact Cart, all class-related artefacts are discounted by an additional 10% on the website! Moreover, we are pleased to announce the release of the long-awaited Pariah artefacts, along with a new Pariah command! These are included in the cl [...]
Collaborators Invade Achaea: Roe Is Me!...
After getting some much needed assistance from the villagers of Eleusis, the royal chef of Arcadia has revealed the existence of a special ingredient, midlands roe! A few of Achaea’s denizen chefs will share with you their signature dish using this ingredient if you can [...]