Age of Cavemen is a free-to-play multiplayer strategy game where the main goal of the player is to face the dangers of wild, prehistoric world as a village chief. Your village needs you! Your people are looking for leaders, who will lead them to glory, victory and the bulk of mammoth meat. You are the leader of the prehistoric village. The fate of your people is in your hands. Build a strong and prosperous village, which will not only survive the attacks of the enemy tribes, but also be able to produce a huge army! Train the brave warriors, tame the dangerous dinosaurs and become the ultimate ruler of the tribe, which has ever step on the ground. Explore the prehistoric world with your friends, create the strong clans and conquer the world! Finally, fight your way to The Golden League!

-Train a huge army
-Explore the prehistoric world with other Chieftains and conquer the world
-PVP League – get to the top of the rankings and win great prizes!
-Cross-platform free to play multiplayer strategy game
-Wide variety of buildings, units and tactics
-Single player campaign
-Beautiful, cartoon graphics which creates the unique feeling of the game
-Entertaining and engageing gameplay 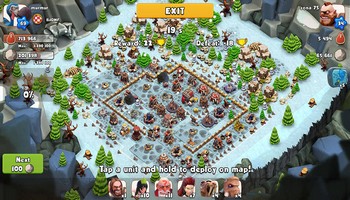 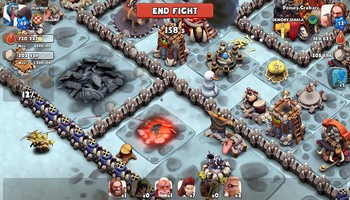 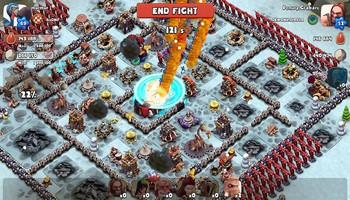