Age of Conquest is a free-to-play Risk-like turn-based grand strategy wargame. Command your armies in one of the many ancient and medieval countries including the Roman Empire, the Inca, France, Russia, Japan or the Chinese Dynasties. From Rome to Asian nations, you create your own warring experience. Wage colossal wars solo, against the AI, or take on your gaming friends in cross-platform multiplayer games. Form alliances and fight co-op style with the AI and other players for ultimate victory.

Range of functionality is comprised of expansion, diplomacy and managing your nation’s finances and economy. You do your best to keep your population happy. You forge alliances and together you take on your enemies. Are you ready for the challenge? Will your place be in the history books or in the mud? Assemble your armies, take on the world and achieve greatness in this epic historical strategy game.

The game includes one map for FREE. Other maps are all available for download as a single purchase or 1-by-1 if desired. Multiplayer games are generally free to join. There is no subscriptions. This game is NOT pay-to-win. 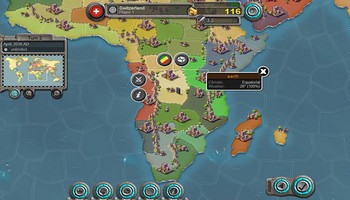 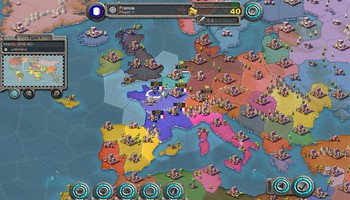 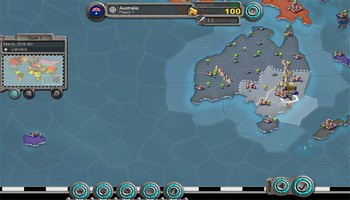 ANGLE Disabled on Windows 7 (or lower)...
ANGLE framework (wrapper for OpenGL) disabled for Windows 7 or lower. [...]
Bugfix: Shutting Down...
Bugfix for game not properly shutting down when closed. [...]
Update 4.34.320 - UI Updates & Misc. Minor Upd...
Graphics Driver (Windows): updated the graphics driver on Windows to use DirectX via ANGLE framework (wrapper for OpenGL ES 2.0). The performance appears to be the same (not slower). However, on the upside, most if not all graphics issues, especially crashes [...]
Update 4.33.314 - Sponsored Maps & [HERD]...
Sponsored Maps: it is now possible to sponsor maps for multiplayer games (per game). That means everyone incl. players that do not have the map are able to join! One can for example sponsor the "World Map" allowing everyone to play it for the game. [...]