Alliance Warfare is a free-to-play MMORTS strategy game where you build mighty cities, train massive armies and conquer the world. Set in the richly detailed Land of Endless War, Alliance Warfare offers fun and excitement by completing quests, attacking rival or barbarian cities, creating alliances, expanding your kingdom and building massive armies. Gather resources, research technologies and decide your own style of playing and whether to focus on offense or defense.

In the beginning, peace ruled the lands. The ruling tribes merged into one nation, prosperous and as solid as the continents that birthed them. The timeless Ancients, as we now call them, had united all in effort to stop the wars and bloodshed that penetrated every part of their world. For a time, the Ancients ruled with soft hands and kind hearts.
However, as with all good things, peace was fleeting. Two Ancients—Eric the Dark King and Emma the Strong—became uneasy with the petty squabbles of the mortals. It confused the beings of light why the people of Historia, Kalebria, Rivaria, and Cemoria could not enjoy the paradise created for them. After time, their uneasiness grew into annoyance. The Ancients became angry at the imperfection of mortals.
It was then that the Ancients decided it was time to teach these thankless creatures a lesson. What better penance could be exacted than to leave them to their own devices, to their own…sins? With one great slam of his scepter, Eric broke apart the four nations. “We leave you to your new, separate continents, bound by the tears of the gods, so that you may learn,” his booming voice thundered through the sky. “Only the right will conquer a land, but never all lands.”
With the sound of his voice still echoing in the sky, Emma drew off her cloak and whirled it above her head. It released a great flood that further separated the four lands, bringing down the great Deluge of Tears. The Ancient ones had spoken—the decision made. We were left to live as we chose, but without the light of these ancient gods.
By the Ancients! What had we done? Our ignorance. Our folly. How could we not have seen the gleaming paradise handed us at no cost? The Ancients had provided for us—allowed us to live in peace and harmony. Now, we are to battle for a lifetime. Now, we must fortify our cities, prepare our people for war and seek out others that think as we do. We must form alliances. This is our only hope of survival. Peace is but a distant memory.
Will the Ancients show pity on us and return one day? We cannot know. Our only certainty is that we must take what is ours. We must fight to take back our lands and the right to rule them.
Take heed. This is the time of mortals, and no Ancient intervention will save us now. 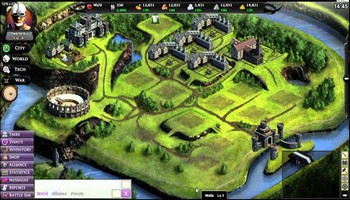 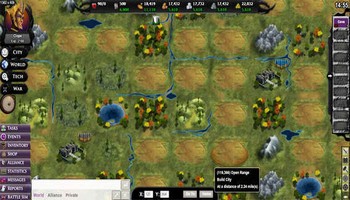 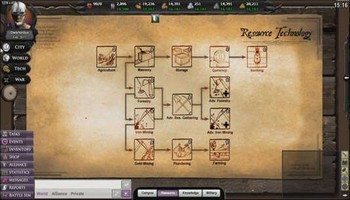