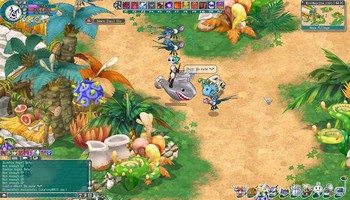 Angels Online or Angel Love Online, (ALO) is a free-to-play PC (and PlayStation 3) 2D MMORPG set in a fantasy world which awaits you to combat Lucifer aned devil forces. There are 14 classes available in Angels Online. Each has six different skills. The game has distinctive game systems including engrossing storylines, a natural and cute graphic style, liberal character growth, fierce fighting and harmonious communities. A cheerful experience with amazing scenes, partners, lovely rides and pets is waiting for players in Angels Online.

– Various Scenery and Ferocious Monsters of the 4 Realms: Players can fight for 1 of 4 realms in Angels Online. They are Aurora, Beast, Steel and Shadow. Eden in game is composed of many gorgeous scenes, including sweeping plains, pleasant valley vistas, daunting deserts, vast oceans, ghastly crypts, majestic forests, eerie swamps, lifeless wastelands, and beautiful lakes just to name a few. Of course, monsters are indispensable part of any game, and there are various monsters to face, from little cute monsters to huge ferocious monsters.
– Various Skill Combinations and a Flexible Class System: Nearly 40 Class Skills and hundreds of spells, which will definitely allow players to pursue their ideal classes. You will have different class titles if you adopt different special skill combinations. In addition, there are hundreds of thousands of items and weapons, and a complete Paper Moppet System, so players have tons of things to do in game.
– Creative Robot System: You can see robots with cute appearances in Angels Online. These special cute robots can not only benefit your collection, but also can help you to fight against loathsome monsters. The fat cat and the doggie appearances of the robots are very eye-catching and unique, and, in addition, there are cute penguin robots and teddy bear robots. Don’t miss the special Robot System if you like cute robots.
– Fight for the Totem: A totem in game is not just a status symbol. A guild which owns a totem is the host of a corresponding territory, and can monopolize the resources there. Those players who have good performance during a battle will be offered various equipment and awarded all kinds of titles, which will give our players a strong sense of achievement. Additionally, players can upgrade their totem to make it more powerful, so obtaining a totem will mean a lot to a guild.
– Mounts, Pets, and Mini-Games Let You Have Fun: Players can ride various cute animals such as turtles, little pigs, horses, and big lizards to wander around the fascinating world. During battle, your pets can not only help you to fight against monsters, but also can level up and become more and more powerful. Additionally, players can play some mini-games in Angels Online such as 5 in a Row, Bingo and Sikitcha when they are tired of killing monsters.

Every player starts in the Angel Lyceum, a college to train you the Little Angels so you can become Angel Protectors to guard Eden against Lucifer. Once the tutorial finished, you are teleported to the campus of the Lyceum where you can accumulate student credits on campus by doing lessons (composed of either defeating a certain number of a monster or collecting/manufacturing a certain amount of an item). The student credit’s primary purpose is to determine whether a student can now graduate or attend the Top Student Training. When you graduate you become an Angel Protector and choose a faction and city. 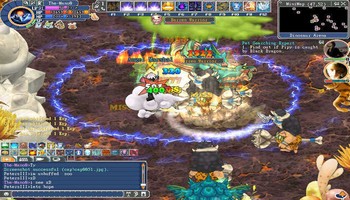 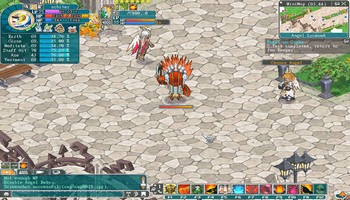 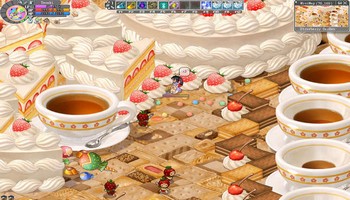