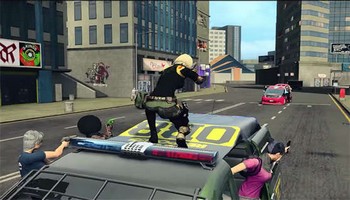 APB Reloaded is a free-to-play action MMORPG set in a real-life themed world. Hit the streets as a licensed vigilante or hardened criminal in the crime-ravaged metropolis of San Paro where shootouts, car-chases, robbery, and vandalism are all in a day’s work. Climb the ranks of your chosen organization and you could earn fame, deadly weapons, exotic vehicles, and stylish new clothing; fail, and you’ll be just another ugly corpse clogging up the alleys. Drive and shoot your way through the city with a dizzying array of weapons and vehicles. Carry out jobs and climb the ranks of your faction to unlock new gear, helping you enforce the law – or break it. Experience an insane level of customization: cosplay as your favorite character, or come up with something nobody’s ever seen before. Got a tattoo in real life? Put it in the game. Use the in-game music studio to create a custom theme for enemies to hear when you kill them! Run missions against groups of opposing players where you’ll take part in the craziest shootouts and car-chases this side of a Hollywood blockbuster. Or try a bit of the TDM in the Fight Club district.

Massive open-world PvP : combat with an unmatched 100 players per server.
Character, clothing, and vehicle customization : Be anyone or anything. APB features detailed customization.
Huge and ever-increasing arsenal: of weapons and modifications, including penetration rounds, hunting sights, cooling jackets, extended mags, and more.
Hone your strategy : with character mods, including Car Surfer, Radar Jammer, Spotter, Flak Jacket, and more.
Dozens of unique vehicles : super cars to SUVs and garbage trucks, each with its own specific handling and physics.
Run missions : against live enemies, or just roam the streets looking for trouble.
Custom in-game music : studio to create your own theme song.
Constantly evolving : gameplay and events, with new content added regularly. 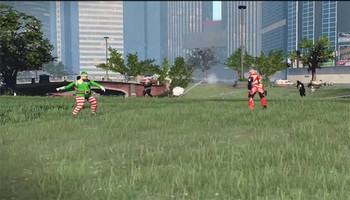 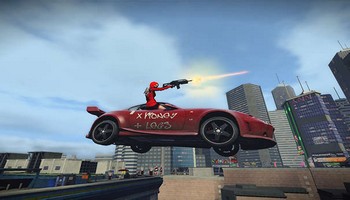 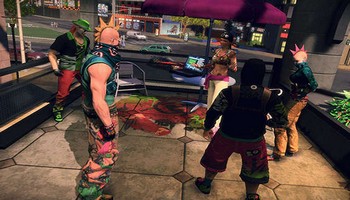 APB 2021 Roadmap...
Hello everyone,For the last 2 years, I've done a State of the Game or Roadmap post for APB. This year, I'm substantially later getting this organized than I wanted to be. For that, I want to apologize.It started with a bit of extra time off after the holid [...]
Legendary Beta announcement...
You've already read about our [...]
Free Premium until further notice...
Hi everyone, I'm sure by now that everyone has seen the impact of coronavirus (COVID-19) on their city, work, schools, and entertainment. Starting Monday the 16th until the foreseeable future, all Little Orbit employees will be working remotely until we get differ [...]
Hotfix 1-20-0 (1194)...
Hello everyone,We are doing a hotfix patch on 12/24, 8AM UTC with 2 hours downtime.Patch notes:CHANGES/FIXES- Fixed a bug that caused achievements and roles to not track properly- Fixed a bug that allowed for the Elf VIP event to in [...]