The Battle for Wesnoth is a free open source, multiplayer and single-player turn-based hex strategy game for PC, Mac and Linux (DRM-free or via Steam), set in high fantasy and filled with extremely rich lore. Explore the four corners of Irdya in seventeen solo campaigns and dozens of multiplayer maps, taking part in countless adventures spanning centuries. Play as a young prince as he flees the encroaching forces of the Lich Lords to a new home across the sea… Delve into the blackest depths of the earth to craft a jewel of fire itself… Travel the continent in a daring quest to reclaim your rightful throne from a usurping queen… Step into the shoes of a young mage, his village beset by orcish invasion, as he seeks vengeance and immortality… Battle the undead hordes of a foul necromancer as he marches upon your capital… Lead a daring group of survivors across the blazing sands to a final confrontation with an unseen evil… The choice is up to you.

Then take the battle online. Choose from seven fully-balanced factions and duke it out with your friends in over 50 multiplayer maps for parties of all sizes!

Explore hundreds of creative community-made campaigns, maps, and factions for both single and multiplayer, and try your hand at crafting your own! Wesnoth features a built-in map editor, a highly moddable engine, a simple and intuitive scripting language, and a friendly and dedicated modding community. There’s no telling what adventures you’ll bring to life!

– Units hand-animated in a vibrant pixel art style, with semi-realistic portraits used for dialog.
– 17 singleplayer campaigns and 55 multiplayer maps to choose from.
– Over 200 unit types in seven major factions, all with distinctive abilities, weapons and spells.
– Face off against other players over the Internet, or challenge your friends over a private/local network or hot-seat.
– Translated into over 30 different languages.
– Highly moddable engine combining WML and Lua scripting
– Tons of player-made content available from the official add-ons server: new campaigns, factions, and multiplayer maps with new and unique mechanics and artwork.
– Cross-platform compatible with Microsoft Windows, Apple macOS, and GNU/Linux. 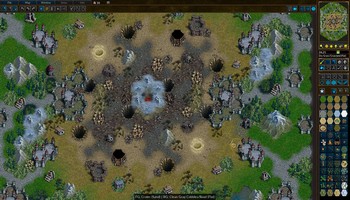 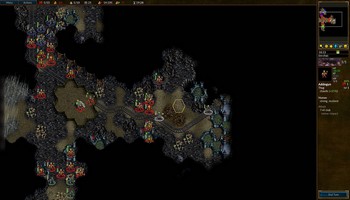 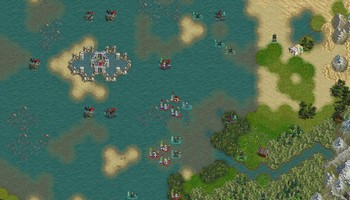