Battle Islands is a free-to-play action-packed, WW2-themed battle strategy game where you control air, sea, and land forces, build your garrison, battle against friends and create powerful allegiances. It’s 1942, and deep in the South Pacific your platoon of crack troops lands on a tropical island, but can you defeat enemy forces and hold your ground to fight another day? The game is free-to-play provided you are satisfied by a slower building pace.

– Control troops, jeeps, tanks, boats and warplanes over air, sea, and land as you vie for superiority deep in the South Pacific
– Build and improve your military might, and use it to raid and pillage enemy islands and capture their resources
– Make sure you’ve a strong garrison – your enemies are itching to invade!
– Exciting Real-time strategy and combat gameplay
– Battle against friends in the fight for supremacy 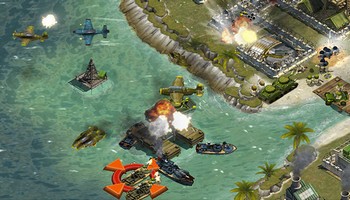 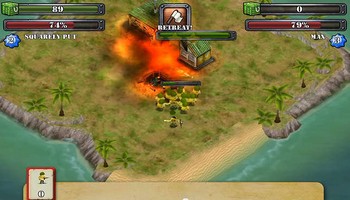 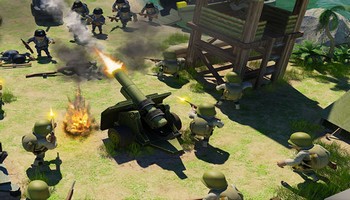