Mobile Suit Gundam: Battle Operation 2 is a free-to-play third-person, team-based Action game, developed and published by Bandai Namco Games in Japan in April 2018 for PS4, before being made available in English on October 24, 2018. The game mixes ground and air combat using Mechs and combines both shooter and melee combat. Destroy enemy machines with Mobile Suits, and ambush your enemy with infantry… See the battle situations with your own eyes, and shout out a roar of triumph. Fight for survival with your comrades in 6v6 online multiplayer. Complete numerous battles and missions, and aim to be the ace pilot. Fight for survival with your comrades on realistic battlefields.
Mobile Suit Gundam: Battle Operation 2 ※PlayStation®Plus membership is not necessary for enjoying online multiplayer session.

Online 6v6 Battle: Join players around the globe in 6v6 team online battles! Battle Operation 2 features the critically acclaimed land combat of its predecessor, and turns it up a notch by adding all new space battles.
Infantry Battle: Mobile Suits aren’t the only heroes on the battlefield! Pilots can place bombs in enemy bases or request support fire to contribute to the cause! Sometimes, infantry fights can even decide the outcome of the battle.
Acquire and Customize MS: Spend the earned DP to develop MS after battle or spend tokens for attempts at the lottery that can award powerful MS! You can also enhance your favorite MS by performing customization.
Base Camp: Interact with players from around the world in this online lobby! Become a pilot and make battle preparations such as upgrading MS in the neutral base camp! In addition, you can freely interact with an assortment of battle comrades that cross your path.
Ever-Evolving: New Mobile Suits, stages and costumes will be added to Mobile Suit Gundam Battle Operation 2, while also featuring regular events. The game will keep evolving on a daily basis. 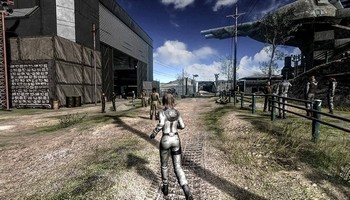 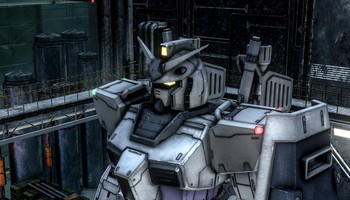 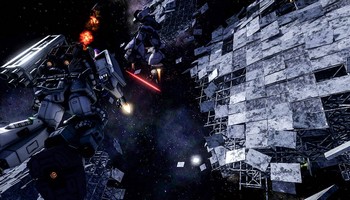