BattleStick is a crazy and casual free-to-play stickmen MMO game, made with Phaser JS, where you fight in an arena against other players and with several weapons to gain power. It is a 2D physic stickmen battle video game made in flat design with funny puppet-like champions. Steal life to other players to gain power and mislead your enemy by feigning death. The game features micro-transactions for optional items 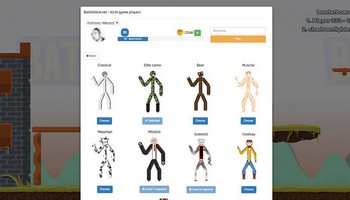 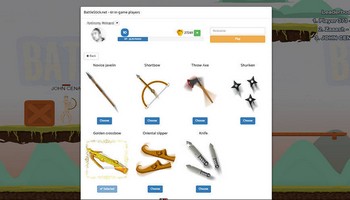 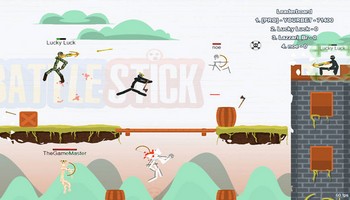 Fly For Your Life! No gravity game mode added...
We just released a new game mode called "no gravity" where you can fly and destroy foes in mid-air.Doing some tri [...]
Play with the Sniper Rifle and friend some people...
We have been working on a new update which introduces a brand new friends system and a new badass weapon: the Sniper Rifle. Pla [...]
Update v1.4.9 - New game mode and bugs fixed...
We just released a new update for BattleStick. [...]
Update v1.4.3 - New TDM Map & FFA Map visual r...
Battlestick has been updated to version 1.4.3 ! A new Battlefield to destroy more ennemies ! Sinister [...]