Better Off Tread is a free-to-play nonstop arena tank combat game in which teams of players square off against each other using a collection of unusual – and often comical – armored vehicles. Colorful and full of action, Better Off Tread trades in yet more brown military combat for a whole lot of BOOM. Up to twelve players can split into teams to blast the treads off their opponents in a variety of exotic locales. A common formula, to be sure, but Better Off Tread remembers to put the ‘fun’ in ‘conflagration’. Some of you may notice that there is no ‘fun’ in ‘conflagration’.

Choose your weapon: From the sturdy Kamrad to the floating Future Boy, every model of tank is a little different. From zippy glass cannons to slow but mighty behemoths—there’s a tank for every playstyle!
Conquer strange arenas: Take a trip to Battletown! Delve into the secrets of the Undertread! Face your foes in the Temple of Boom! Travel to fascinating places, meet interesting tanks, and blow them to smithereens!
Tank with style: Let’s be real—who wouldn’t want to drive a tank wearing a giant top hat and mustache? How about mud flaps and a trucker hat? Better Off Tread has all this and more! 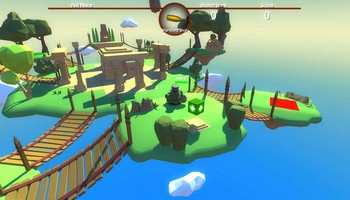 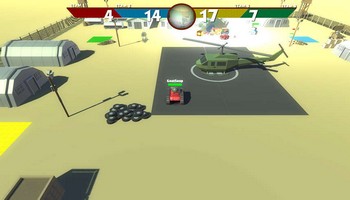 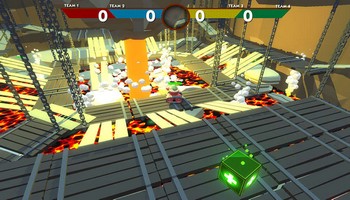 Patch 1.3.8 and Free Parts Giveaway!...
Good Evening Tankers!We're having another Free Parts Giveaway on Discord to celebrate 250 Members on our Discord! Just join the discord here: ht [...]
Server Issues 9/31 - 10/1...
Hello everyone,Players will notice that they're currently unable to log in. We're currently suffering an issue with our user accounts server and are working hard to fix it as soon as possible. We will let you know as soon as this is fixed! [...]
Patch 1.3.6...
Evening Tankers!It's been a super busy week for the in-house wizards working on implementing feedback from the userbase. This patch is a doozy and covers a lot of the most requested fixes!Patch Notes:The big update for this patch is a new ping indicator to [...]
Free Giveaway on Discord, and We're Live in W...
Hello Tankers!We've hit 100 Users on our Community Discord and have decided to host our first giveaway. We're entering folks who register in our #giveaways channel for the chance to win FREE PARTS.To Join, just Enter our Discord here: [...]