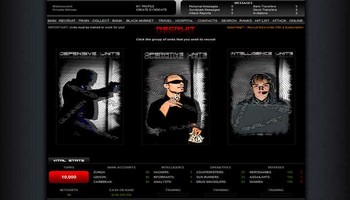 Black Aftermath is a free turn-based massive multiplayer online strategy game for those who want to reign supreme amongst their fellow criminals by dominating the streets of their city and even the world. We offer a cash jackpot or a turn prize, whichever the winner prefers. In Black Aftermath you have the ability to take part in international espionage, thievery and murder; in an attempt to dominate the global crime circuit. Become a member of a crime syndicate or play as an independent hitman, killing and stealing from all those who come into your path. Inch your way to the top by smuggling drugs, laundering money, performing arms deals, hacking into other contenders foreign bank accounts and spying on their every move. Training your murderers, intelligence and operatives is a must. But remember, no crime goes unpunished by those you impose your trickery and deceit upon.
Think you have what it takes to earn the respect of the hundreds of players? Then anti-up and show’em what you got! 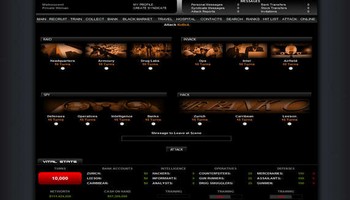 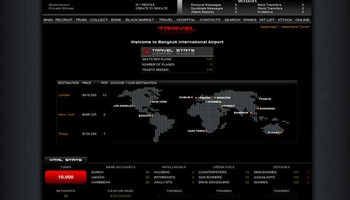 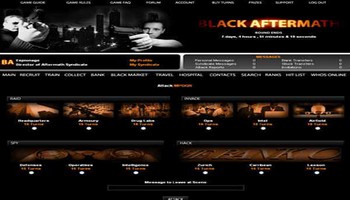 unfortunately no video available for this game yet