Boxing Star is a free-to-play mobile boxing game for Android and iOS by Korean studio 4:33 Creative Lab and publisher Four Thirty Three, featuring PVE story & PVP league game modes. “Do you think you have what it takes to reach the top and become the next great Boxing Star? Enter the world of Boxing, and seize it all! Rise from lowly street fights all the way up to become the World Champion! Arm yourself with custom gloves, hone your skills and Knock’em Out with a Mega Punch! Champions are made in the ring!”

• Dip, duck, dodge, and weave to avoid your opponent’s attacks and strike back with a perfect counter.
• Train hard as your fighter progresses from the mean streets to the World Championships in Story Mode.
• Meet and befriend all the wacky and wild characters of the boxing world.
• Collect powerful custom gloves and combine them with powerful skills and gear to define your own fighting style.
• Fight against other players in League mode to prove you’re the best there ever was.
• Use your winnings to pimp out your crib, drive a slick whip, and gather an entourage that will make your friends jealous, while also giving you sweet bonuses. 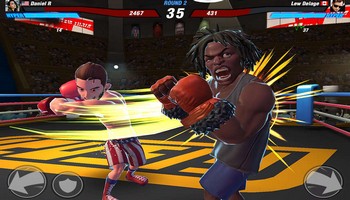 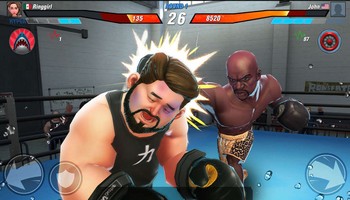 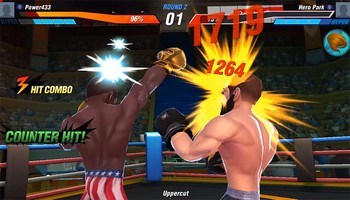