Brink is now a free-to-play first-person shooter that blends single-player, co-op, and multiplayer gameplay into one seamless experience, allowing you to develop your character whether playing alone, with your friends, or against others online. You decide the combat role you want to assume in the world of Brink as you fight to save yourself and mankind’s last refuge. Brink offers a compelling mix of dynamic battlefields, extensive customization options, and an innovative control system that will keep you coming back for more. Brink was first released in 2011 as a paid title, before being made free-to-play in 2017 on PC only (Brink remains pay-to-play on Xbox 360 and PlayStation 3).

Brink takes place on the Ark, a man-made floating city that is on the brink of all-out civil war. Originally built as an experimental, self-sufficient and 100% “green” habitat, the reported rapid rise of the Earth’s oceans has forced the Ark to become home to not only the original founders and their descendants but also to thousands of refugees. With tensions between the two groups growing, Security and Resistance forces are locked in a heated battle for control of the Ark. Which side will you choose?

Not Just Another Hero: Brink’s advanced player customization offers a near-endless combination of looks for your character – allowing for the appearance of your character to be truly unique. As you progress through the game and acquire more experience, you’ll have even more opportunities for customization.
Two Sides to Every Story: Choose to fight through the single player campaign as either a member of the Resistance or the Security and then take your same character online to play cooperatively or competitively against other players.
Blurring the Lines: Take your unique character online at any time you choose! Brink allows you to seamlessly move between your single player campaign, co-op with friends, and intense multiplayer action. Multiplayer takes the story online where you can play with up to seven other people (or AI characters) cooperatively as you take on the opposing faction or with up to 16 players competitively.
Play SMART: Brink uses the familiar shooter controls that you’re used to, without frustrating, artificial constraints and adds a new feature: the SMART button. When you press the SMART button, the game dynamically evaluates where you’re trying to get to, and makes it happen. Whether you’re a seasoned FPS veteran or someone just getting started, you’ll be able to make more intelligent decisions during the fast-paced action with SMART.
Context-Sensitive Goals and Rewards: Objectives, communications, missions, and inventory selection are all dynamically generated based on your role, your condition, your location, your squad-mates, and the overall status of the battle in all gameplay modes. You’ll always know exactly where to go, what to do when you get there, and what your reward will be for success. 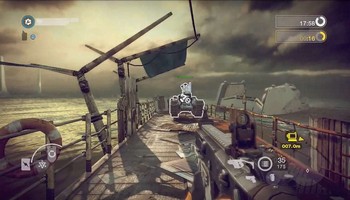 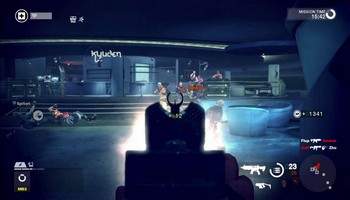 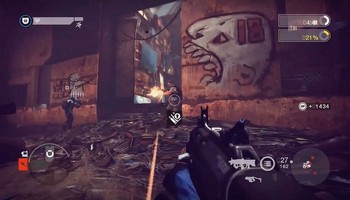