CaesarIA is a remake of an old-school economic strategy game, Caesar III which is a masterpiece among the games of this genre, to many fans. There are different economic strategy games and they can be broken down to subtypes but from my viewpoint Caesar encompasses planning, constructing, CaesarIA is in early access and you should expect many bugs and a game that is incomplete. It is a good opportunity to get involved in the improvement of a great game in the making.

Economy and Trade: Resource extraction (mines, sawmills, outcrop mines and farms) and production (factories, armories, wineries and brandy kitchens). Trade with the neighbors through mini-economy (taxes, import/export, population of the town, healthcare, unemployment)
Construction: as defined by the needs of the town, healthcare, procurement, buildings security provision. The main idea of construction is bringing workers to the area, there actors entertain the public, engineer provides service for shabby houses, vigils fight criminals.
Diplomacy: it is important to stay friends with Caesar and send him presents such as modest donations or exotic animals. Towns in the neighborhood will also take part in common trade network of the Empire.
Religion: Romans were superstitious people and created the whole hierarchy of gods. 5 gods are in the game.
Attitude of the City Folk: if the reputation of the ruler is bad it can start the emigration, then criminal rate increases – riots, fires and many other problems occur.
Military Set-up: The city has to be protected from invasions of barbarians, the creation of bastille lies ahead, soldiers and barracks can be situated there as well as recruit depot. 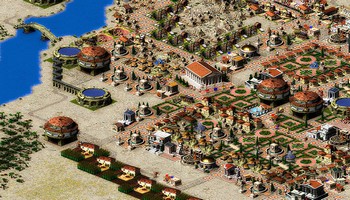 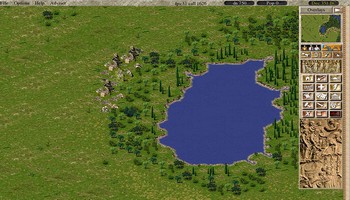 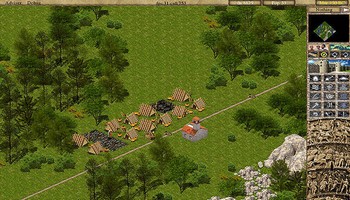 Bugfixes for build #79...
Hi, All.This is not fully update, but added textures for big temples and much bugfixes.- moved rating advisors window l [...]
Update #79 ready...
This has been our next update, so we hope you enjoy it! [...]
Update #78 ready...
Hello, we continues polishing game. [...]
Update #77 and bugfixes...
Hello, our volunteer artist Pietro Chiovaro add some new textures for houses. In this update small/big villa was added. [...]