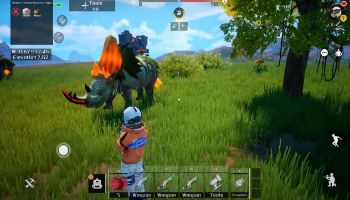 Project Stars is an upcoming free-to-play, online open world multiplayer sandbox survival game for mobile devices (Android & iOS). Players will get to experience “infinite” freedom, build, explore, fight and survive together across planets. The game is built by a group […]

Star Wars: Hunters is an upcoming free-to-play, competitive, squad-based arena combat game for the Nintendo Switch (2021) and mobile devices. The story of Star Wars: Hunters takes place between Episode 6 and Episode 7 of the movie franchise, or after the […]

Flub Fighter is a Free to Play 3-D, action-party game where up to four players fight against each other for flubby dominance. Flubs cannot be harmed through punching alone; only a well-placed trap or punch that send a Flub flying into […]