Champions of Titan is a Sci-Fi Action MMORPG with fast-paced MOBA style combat and isometric view. A master combination of both worlds, the strategy combat and skills combos from MOBA world and the action and freedom from the MMORPG world. Escaped humans from a destroyed earth move to the planet Titan, only to be found by a cyborg race, the Broken, who seek to destroy every single human presence in the galaxy. Players in the game will challenge the Broken in PvE and the adversary faction in PvP or every other player in free for all PvP challenges!
In Champions of Titan twelve types of heroes awaits for you to level them up either in PvE or PvP, questing, raiding or ganking other players to death!
Guardians Vs Abandon
Pick from the game’s two rival factions, Guardians and Abandon, and take on other players in PvP mode to claim victory for your chosen side.
Guardians and Abandon are the 2 factions of the game ; the Guardians are the remaining human army ready to defend the humans inhabitants of Titan while the Abandon are mutants and mercenaries once at war with Guardians and now allied to fight the Broken.
They must fight together against the Broken in quest, dungeons and raids, working as a team to beat the cyborg enemy.

— PvP Battlegrounds MOBA style; defense of the ancients style, battle royale and free for all events.
— Dodge, roll, slash, fire, crowd control, stun and shoot as in a MOBA game
— 14 heroes at start, more than 20 planned : all of them unique with its exclusive skills
— Professions like crafting, weaponsmithing, armorsmithing, jewellsmithing and fishing to optimize gear
— Raid dungeons with your guild or friends to equip your hero
— Guild system
— Auction House system
— Pet system
— More than 500 quest in the game, 20 dungeons and 4 raid dungeons.
— 5v5 and 10v10 squad leagues
— 4 Open PvP Zones 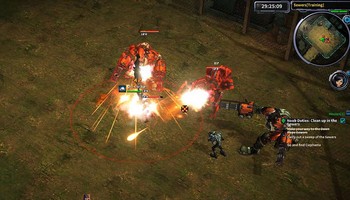 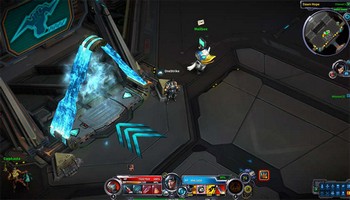 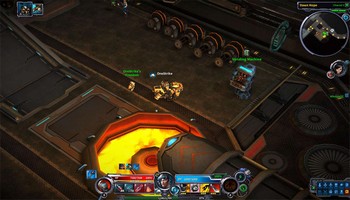