Chasing Styx is a free-to-play multiplayer (local only) action-packed, three-headed dog, run ‘n’ gun, couch co-op, bullet-hell adventure with isometric view. You are Cerberus, feared guardian of the Underworld. While sleeping on the job, a herd of woodland rabbits hopped into the kingdom of the dead. Hades is not pleased – the boisterous bunnies are distracting the inhabitants from their endless torment. Find your floppy-eared friends and get them back across the River Styx before hell freezes over!
Explore the far reaches of the Underworld, including a forest bathed in darkness and a cursed bell tower. Levels can be approached in any order and feature multiple routes filled with disgruntled dead, tricky traps, hidden treasures, and screen covering waves of bullets. Defeat armies of the dead and collect their souls to level up and equip powerful attacks and abilities. Two player local co-op is supported so bring a friend to help conquer the fast-paced action and frenetic boss battles. 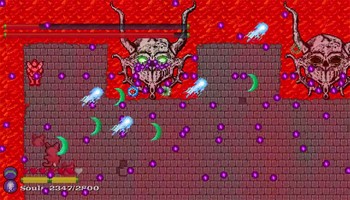 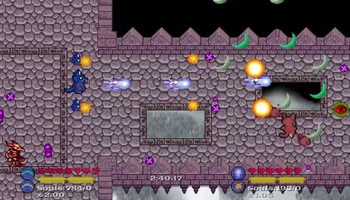 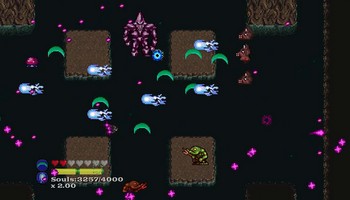