Chronicle: RuneScape Legends is a free-to-play multiplayer collectible cards game (CCG) by the creators of the mega famous and historical MMORPG, RuneScape. Play with the fate of Legends in a battle of wits, strategy and combat, where lives are gambled on the turn of your cards. Leave your minions behind as you fight your own battles, expand and master your deck, and face the challenge of unique card combat. Chronicle is a new kind of card gaming experience.

STRATEGY CARD GAME WITH ADVENTURE AT ITS CORE: With strong RPG leveling and character-skilling, Chronicle evolves the genre from basic battle and board control against an opponent, to a more strategic, customizable, experience.
MORE RPG IN YOUR CCG: As each game chapter opens, you will lock in up to four cards to battle against. You play against your cards in order, each card representing a step forward and action in your quests. Gone is the traditional arena and instead you battle on rich 3D landscapes from the world of RuneScape.
CHALLENGING & COMPETITIVE: Player cards are both your greatest weapon and biggest weakness. You’ll slay monsters, bosses and other foes to get gold, items and buffs – but so will your opponent! Can you place your cards to set up victory, survive the skirmishes and ultimately beat the opposition?
CUSTOMIZE & PERSONALIZE: With crafting, ranks, and badges, you’ll be able to show your enemy exactly why you are to be feared in-game.
MORE SKILL, LESS LUCK: No random number generators or sliding values, no minions or same-old board control card mechanics. In Chronicle, the unknown element is about the card sequences in each chapter and the positive or negative impact it has on chains of pre-played cards.
MULTIPLE MODES & WAYS TO PLAY: Solo and Casual modes let you hone your skills, while Ranked Play has you climbing the leaderboards as your skill increases. Dungeoneering offers draft decks, PVP challenges, and rich rewards! 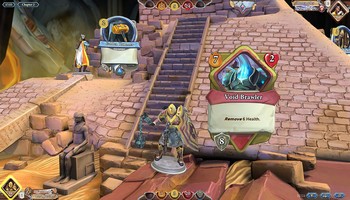 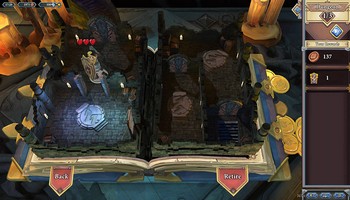 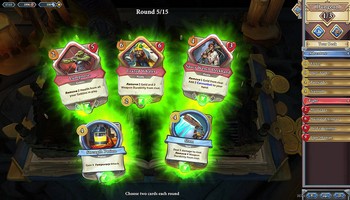