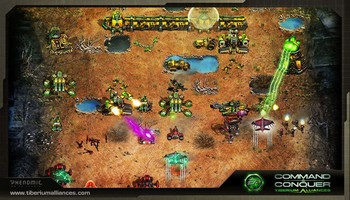 The primary objective of this game is to control the center of the world. There is no story line in this game.
Each player will first select a sector on the World Map and start their first base there. The base will be protected from any attacks for exactly 1 week, but will go unprotected if the owner attacks another player prior to the time ending. From there the player can advance his base further through construction, gathering, or combat. There are several resources used in the game. They are Tiberium, Crystal, Power, Credit, and Research Points. Tiberium is used for Base Construction. Crystal is used to produce Infantry, Tanks and Aircraft. Electricity is used for both Base Construction and Military Enforcement. Credit is for transferring Tiberium and Crystals between bases. It is also used along with Research Points to research new units and structures for base advancement.
The player usually start off with battling against the Forgotten camps, then move on to battling Forgotten outposts and bases as well as other players’ bases, if their protection shields are down. Through battles the player can loot resources from other base, as well as lose resources. If a player loses his base, he can re-materialize his base on another nearby location. (source wikipedia) 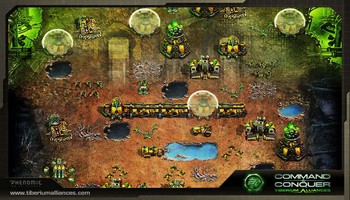 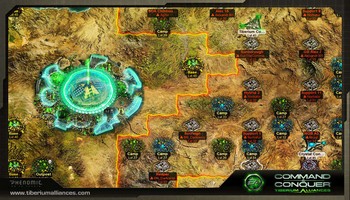 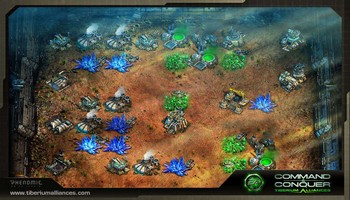