Crackdown is a (now free) open world action-adventure video game developed by Realtime Worlds and distributed by Microsoft Game Studios for the Xbox 360, now with Xbox One X enhanced support. Crackdown was made by Realtime Worlds’ founder, David Jones, the mastermind of Grand Theft Auto and Lemmings. Set in the fictional world of the Pacific City, the player controls a biologically enhanced Agent, tasked with defeating three crime lords and their organized crime syndicates. The Agent’s abilities improve by defeating enemies and by completing secondary activities, such as street races and scavenger hunts. The game being open world, its gameplay is nonlinear: players are free to complete their missions and activities as they please. The game also features a two-player cooperative play mode, but this requires Xbox Live. 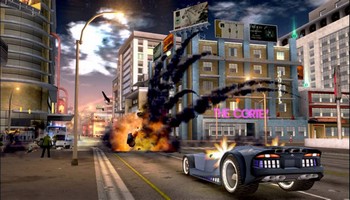 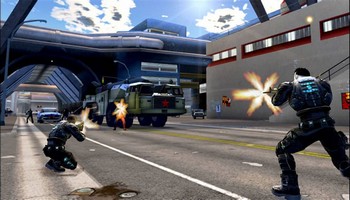 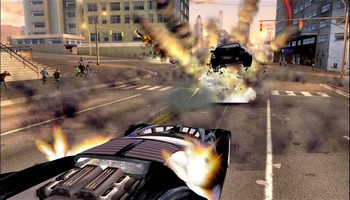