CSC is a free-to-play and play-to-own, casual space MMO featuring fast-paced combat, a robust player economy based on blockchain (Ethereum) and compatile with NFT, and an uncapped crafting system. Any items found, crafted, or earned in CSC can be moved freely both inside and outside of the game universe. The Ethereum blockchain is used to secure game assets, enforce P2P contract actions, and run the game economy. CSC is a game in active development. Players undertake missions, discover resources, and acquire skills in your quest to dominate the galactic frontier.

▶ Universe of Opportunities: As a Commander in the Galactic Federation Fleet, you will undertake missions, discover resources, and acquire skills in your quest to dominate the galactic frontier. Explore the vast expanse but be warned, the further you travel from home the greater the danger. Your journey begins as an adventurous miner hunting rare resources in the depths of Fringe Space. Become a master crafter of high-tech modules, equipment, starships, or even a fully player-owned station. Perhaps you’ll focus your attention on supporting the growth of the Galactic Federation by transporting consumer goods, resources, colonists, and workers to new outposts, earning valuable credit. Or you could armor and equip your starship to hunt for pirates and other treasures in dangerous and unsettled space. Keen on building a business empire? Then dominate the markets by buying, selling, and trading valuable goods from around the cosmos.
▶ Starships: In CSC you, our Commander, can own and operate your very own starships. Starships come in all shapes and sizes and are specialized in either mining, combat, trade, or exploration. Starships in CSC can be endlessly customized with modules. Modules can add or upgrade existing ship functionality from shields and weapons to FTL drives.
▶ Economy: Almost everything in the CSC universe can be crafted from resources openly available in the universe. The smallest shield module up to a universe-wide jump gate network can all be made with the right materials. Create new technology and share it freely for the good of the federation or sell it for the right price.
The crafting system is uncapped, allowing players to continually improve on the quality of their crafted items. Specialization is encouraged by the CSC crafting mechanic, rewarding players for focusing on specific items & allowing them to create truly unique and valuable starship weapons or other components.
▶ Exploration: Explore Core Space areas under GFI protection to explore and mine safely, and/or venture into the Fringes of Space to get better rewards (rare resources, larger bounties, and more lucrative quests) in the face of higher dangers, including creatures, pirates, PvP rogue Commanders, and faction governments.
▶ Battle: As a Commander, you can own a fleet of starships, but you can only command one at a time. Starships are specialized, and some are better suited to specific tasks than others. If combat is your focus, you can battle pirates and hostile drones in the CSC Universe. Each starship in CSC can be endlessly customized with equipment modules, which add or upgrade weapons, shields, and nearly any ship stat. Experience PvP battles with other commanders, where skill is put to the test through the threat of real asset loss.
▶ Play-to-own: CSC is an open-world, sandbox-style space MMO that features a Play-to-Own Economy. Experience a free-market game economy for the first time with the ability to buy, sell, and trade without limits. Any items found, crafted, or earned in CSC can be moved freely both inside and outside of the game universe. Experience true ownership of your game assets. 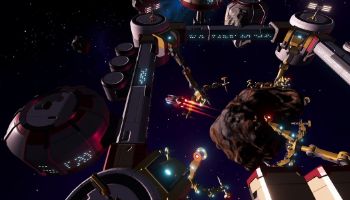 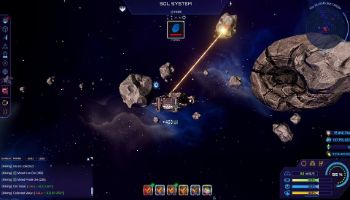 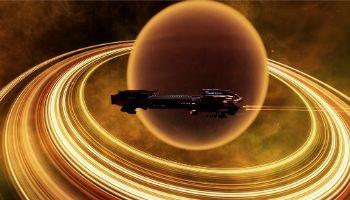