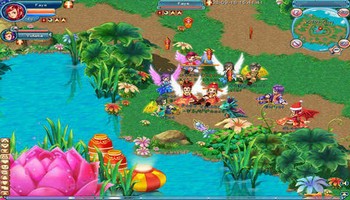 Destiny Online was a free-to-play Massive Multiplayer Online Role Playing Game (MMORPG), featuring community building, teamwork, and pet raising. There were so many exciting features in this online role playing game (RPG), such as easy navigation, equipment crafting and upgrade, cool quests, tribal war, player pk, and many ingame activities. Best of all, not only was the online game absolutely free (free download, and free to play), but you could also have many opportunities to earn valuable Gold which could be used to buy items in game. Destiny Online disappeared from radar without notice.

Group Mode: Team up with friends to train, and get up to 5x EXP
Navigation System: Finding someone or some monsters is never so easy in an MMO. The in-game navigation system will take you to your destination at one mouse click.
Pet System: Capture monsters and turn them into your pets, and train them to become your best helpers in battle.
Marriage System: Get married and enjoy the ultimate romance with your loved one.
Tribe System: Join a guild and fight in the breath-taking guild war!
Master/Apprentice System: Find yourself a powerful Master and leveling will no longer be boring.
Weapon Composing and Refinement: Craft a matchless weapon with your name engraved on it and embed refining gems to boost its attributes.
Fun quests: The Game presents a series of guided Main Quests as well as fun Side Quests and events such as IQ Test, race with cute NPCs, Hide & Seek with GMs etc. You don’t want to miss any of them.

The legend started in an ancient eastern world where one day, the 10 naughty sons of the Almighty God decided to turn into 10 suns playing over the sky. The human suffered due to the scorching heat and everything on Earth was dying. A hero appeared carrying a powerful bow and fired 9 arrows into the sky, shooting down 9 of the suns, and thus returned peace and safety to Earth. The 9 fallen suns, turned into nine golden plumes, and scattered over the great mystical land. It is said that whoever finds all 9 plumes will gain the almighty power of God. 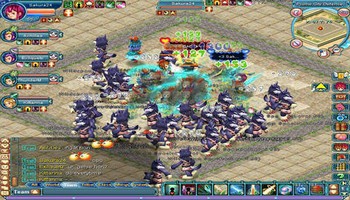 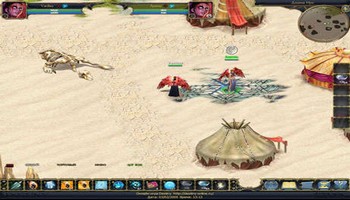 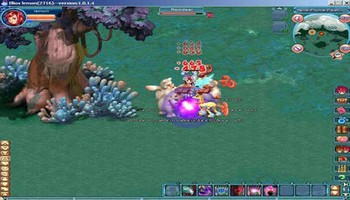