Deuterium Wars is (or Was) a free-to-play multiplayer cross-platform (other systems in the works) breakneck-paced 2D shooter by Disquire, that combines high dynamic fights with an extensive role-playing system. Work your way up from rookie in a “rust bucket” to experienced pilot in a high-tech combat aircraft that’s equipped with lots of deadly gadgets. With a variety of combat modes, futuristic arenas, multi-level craft, developed trading, and a social eco-system, you’ll never have time to be bored.

BATTLE FIERCELY LIKE NEVER BEFORE
High dynamic fights keep the player engaged throughout the battle. In order to win, reaction and tactical thinking are equally important, as well as team play and the right priorities, depending on the battle mode. A fierce soundtrack and special effects reinforce the sensation of being fully immersed in battle.
BECOME THE MAKER OF A REAL DEATH MACHINE
Combat vehicles are made from components that the player acquires in various ways. A trustworthy machine gun, a powerful cannon, or an experimental beam gun: the choice is yours. The same goes for armor, engine, and hundreds of additional gadgets and their modifiers.
BE A CRAFTSMAN OR A TRADER
As usual in this genre, you can outfit your ship before flight. The system of craft and trading allows you to even convert junk into a valuable part that can be sold for profit! Players will enjoy all the possibilities for customization; ship parts can be painted or patterned and decorative elements can be added.
BATTLE ON DIFFERENT PLATFORMS
Apart from the PC version, a version for mobile platforms and consoles are still in development. At home, on the road, or at work: the game will always be with you.
WELCOME TO ALTANAR
Thirty years ago, a massive asteroid almost destroyed Altanar. A high-tech Dome absorbed most of the strike and now keeps the planet from total destruction. Although part of Altanar is a post-apocalyptic desert, some areas still have megalopolises, military bases, and even wilderness. Now, a serious battle for power and control of rare deuterium resources has begun. Deuterium lies at the heart of most technologies, including fueling the Dome. 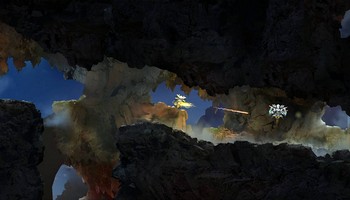 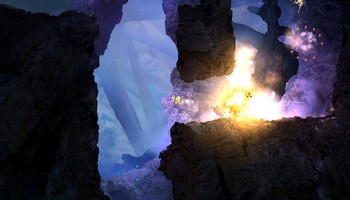 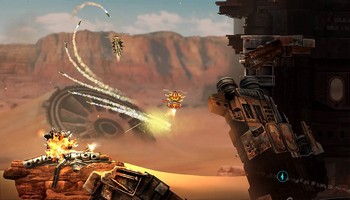 Goodbye Deuterium Wars || Servers down...
[...]
Peace will come on Altanar! - Project closure...
The title would sound joyful if the reality were not so sad. With great regret, we are forced to say that our current funding is not enough to continue the development of Deuterium Wars. Despite the positive ratings on Steam, we only have enough money to pay for our servers. For [...]
Tournament "Craft Cares"...
Friends! Today we opened 2 special tournaments lasting a whole month, the main awards for which are unique, exclusive, epic, and maybe even legendary drawings! Each MK has its own tournament. You can choose which tournament to participate in, or try your luck and get prizes for b [...]
Update 1.0.6...
Hello Commanders! A new tournament begins at Deuterium Wars - Craftsmanship. Win to get rare blueprints. And to make the battles even more epic, we add two completely new epic weapons. Read about full innovations, balance and fixes that are waiting for you in this update in the f [...]