Dev Guy is a free adventure game set in present day, where you take the role of an indie developer. In Dev Guy, you play the role of Warren (an independent developer) just trying to get his game on the app store before his game license expires. It sounds simple, but becomes complex quickly when his car goes missing, and his data disappears with it. Will warren get his car back? Join Warren as he tries to retrieve his game data while solving puzzles, hacking other developer’s computers, breaking windows, and yelling at his friend Cabe. If you’ve played classic puzzle adventure games and feel the need for more, this game might be right up your alley. Using the power of the UDK, Dev Guy brings you the most graphically underwhelming game of this year. 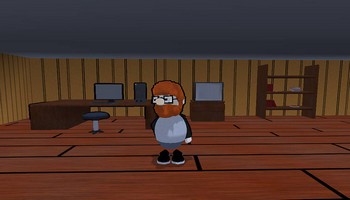 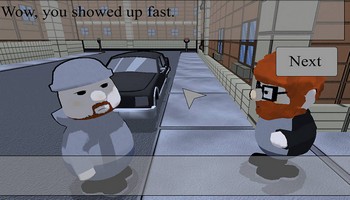 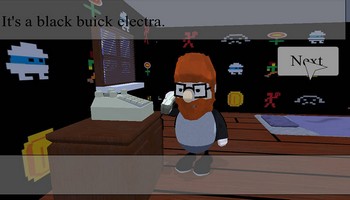 Long time, no see, also new game coming out....
Oh wow, I forgot about this place for a little too long. Yikes is that a spiderweb? Yeah, I'm overdue for new content. For those of you who come across this new announcement, I'm just here to announce a new project that will be available on steam hopefully in September u [...]
Holiday announcement...
Well after a month or two dinking around and finally getting my old desktop working again(seriously have no idea what was wrong with it.), I was able to get a small side project finished on my laptop for anyone looking for a new free game to try for the holidays. The new game is [...]
Finally a website, and news for anyone curious....
Whoa, haven't updated in awhile. Gees is that a spider? Anyway, There is now an official website for project tranquil, that I seem to have never posted or announced. It's just a website showing old projects, and will host new announcements. Bellow is the website link in all it's [...]
New update 5/28/2015...
Added 7 Steam achievements.Added WSAD input support. [...]