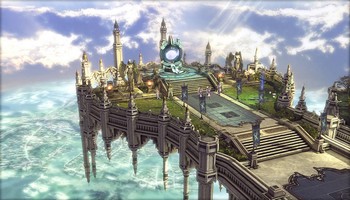 Devilian is a free-to-play Massively Multiplayer Online Action RPG where you play as a Devilian — a half-devil hero on a quest to protect Nala from the all-consuming evil corrupting the world. Battle alongside thousands of other players as you hack, slash, burn, and blast your way through a vast persistent world. Unite with fellow Devilians to defeat monstrous creatures in challenging dungeons, fight for supremacy in massive PvP arenas or open world Guild vs Guild combat, or compete for fame and fortune by climbing to the top of the Abyssal Tower leaderboards. Choose from four classes with their own unique skills and playstyles. Unleash the power of a true devil with each class’ Awakening, increasing their strength and giving them access to devastating special abilities.

Exciting fast paced combat: Combat in Devilian is challenging and fast-paced, pitting you against powerful opponents that must be faced with a sharp blade and sharper eyes. Combine your skills with those of other Devilians to trap hordes of enemies under meteor storms or keep a monstrous creature at bay as it’s destroyed in an unrelenting inferno of fire and lightning.
Unleash your inner demon: As human-devil hybrids, Devilians can tap into their dark heritage to temporarily Awaken their true powers, increasing their strength and unlocking new abilities. The effect only lasts a short time, but there are few who can withstand the onslaught of an Awakened Devilian for long.
True PVP in an ARPG: Challenge other Devilians in 3v3, 6v6, and 20v20 battlegrounds to prove your strength, or conquer parts of Nala in gigantic Guild vs Guild battles. Your triumphs and conquests will be tracked via in-game leaderboards, so get out there and claim your place as the strongest Devilian. 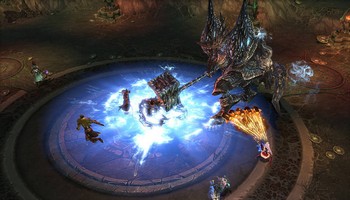 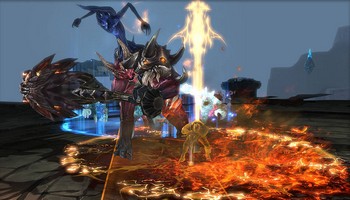 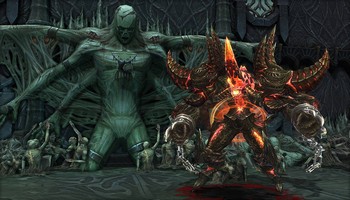