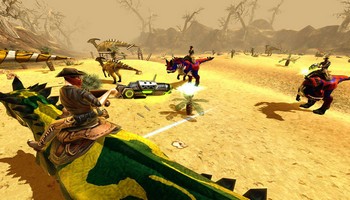 Dino Storm is a free-to-play multiplayer online 3D game with cowboys, dinosaurs and laser guns. Fame and fortune await brave adventurers in the free 3D cowboy game Dino Storm. With just a few dollars in your pocket, a little ammunition, a loaded laser cannon, and your small dinosaur, you make your way to the town Dinoville. Face down gigantic herds of dinosaurs and merciless robber bands in the wild west and start your thrilling search for valuable items. Set up supply camps, outposts, and goldmines, defend them against other players, and earn fame and respect. Only the best will rise to become the town’s sheriff.

–Explore a Wild and Varied Online 3D Games World: A varied free 3d game world awaits brave adventurers around Dinoville. Dinosaurs herds roam through the canyons, bandit clans are on the loose, and the environment bears valuable items. The online 3d game world is never the same, and danger lurks everywhere. Every expedition must be carefully prepared.
–Sell your cowboy loot: Countless items can be collected in the online 3d game world. If you bring your loot back to Dinoville successfully, you can sell it in the market for dollars. Other tasks will reward you with even more valuable items and gold coins!
–Experience Adventures in the online 3d world: As a cowboy in Dinoville, you will have your hands full, but you are not alone: Whether you are making life difficult for the town’s villainous bandit clans, hunting for fossils, gathering food, or just driving off a herd of wild
–Control contested buildings: Buildings such as supply camps, outposts, or goldmines can be found everywhere around Dinoville. You can take control of these buildings. Important buildings allow you to pile up enormous fame and fortune. But be careful, your buildings have to be regularly supplied and defended against other cowboys who will try to take them from you. Anyone who wants to keep important goldmines, should bring along plenty of ammunition.
–Found your own clan: Together, you are strong! Join your friends and found your own clan. In a team, you can advance even deeper into the online world of Dino Storm and better support the defence of your buildings.
–Obtain offices and become the town’s sheriff: By mastering adventures successfully operating buildings, you will gather more and more recognition. This recognition will help you if you run for office in the town. Here, you will have to prevail over other players, and only the best will make it to the top of the career ladder.

In its early days Dinoville was a typical, small and tranquil desert town. For a fistful of dollars hard working cowboys raised dinosaurs, constructed laser guns, and fearlessly faced down the wild dinosaur herds of the prairie. The town’s sheriff kept law and order.
But then huge gold deposits were found in Dinoville. Lucky prospectors suddenly flaunted their wealth in the saloon, and reports of abundant veins of gold north of town spread like wildfire, way past the desert. Soon adventurers from every corner of the land set out for Dinoville, established claims, prospected for gold. Those that had a nose for it found fabulous wealth.
But just like the honorable prospectors, clans of thieves were attracted to Dinoville. Defending their valuable gold mines became a full time job for prospectors, and those who did well earned great respect in and around town. Many newcomers had no claims of their own and earned their money fighting bandits, but they could only resist the lure of gold for so long…

Dino Storm is free-to-play and win but will require much time for levelling up. Access to the whole browser based game with no restrictions and no trial limitations. You’ll receive all updates, including new content and fixes automatically and for free. All elements of the game are available for free. 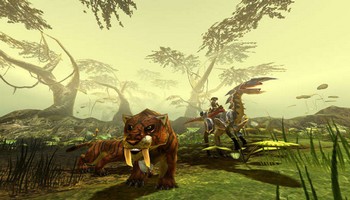 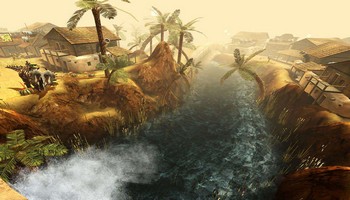 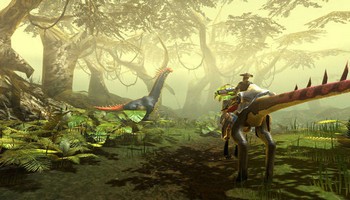