Dislyte is a free-to-play* tactical anime RPG (JRPG) for mobile devices (iOS/Android), developed by Lilith Games and published by Farlight Games. The game is a mix of modern and mythos where players are to fight in turn based combat against the forces of evil with a team of five characters known as “Espers,” each of whom has been granted special abilities based on mythological deities from Greek, Chinese, Norse, and Egyptian cultures. Set in 2027, the game is played in a futuristic urban environment, to the sound of electro-pop music.

▶ Battle to the Beat: The combat and various story elements in Dislyte are injected with distinctive pulse-pounding beats across EDM, techno, and pop genres.

▶ Espers Worldwide: Explore and battle it out in an urban playground inspired by cities across the globe via spectacular, vibrant backdrops and scenes.

▶ Fashionable (and Totally Bad*ss) Gods: Dislyte merges deep mythological themes with an engaging storyline where every Esper is dressed to impress with the attitude to match.

Dislyte has a traditional free to play model, with the implementation of the gacha mecanic: randomized rewards and purchase outcomes. When played in PVP mode, that is against other players, its freemium model largely leans toward pay to win if you are aiming for the top of the ranking system. However, when played in single player, the game can be enjoyed and beaten in full without resorting to spending thanks to in-game rewards used to level up and obtain extra characters. 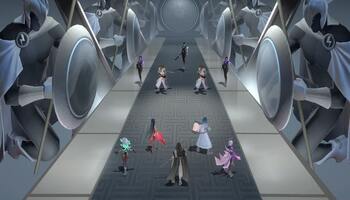 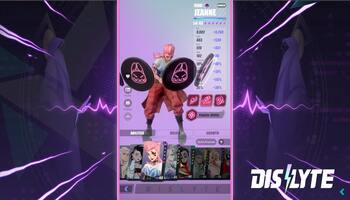 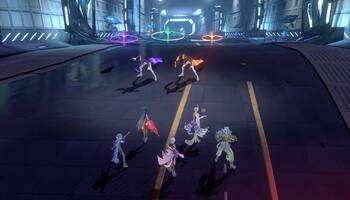