Dissidia Final Fantasy (Opera Omnia) is a free-to-play mobile RPG based on the Final Fantasy franchise, mixing both single-player and coop gameplay. Legendary heroes and villains from across the FINAL FANTASY series come together in a compelling story of powerful deities and a world in peril. Fans of the series will see their favorite characters in a brand-new adventure, and newcomers will experience the compelling story, drama, and combat that the FINAL FANTASY series is known for.

Darkness converges upon us, and the world crumbles before our very eyes…
What was once a sanctuary for the weary has now become a battlefield.
Long ago, the deities Spiritus and Materia warped the fabric of time and space to create a new world—a world they populated with warriors from other realms.
These men and women were forced to fight day and night without reprieve, and the strain of endless battle soon grew to be too great.
With battered bodies and shattered spirits, they sent out a cry for help…

●Turn-Based Combat
Engage in simple yet strategic turn-based combat! The unique Bravery system challenges you to balance offense with defense as you build up your Bravery and wait for the right moment to strike!
●Assemble Your Party
Build parties from a cast of dozens of FINAL FANTASY heroes and villains and prepare them for battle with a variety of equipment and abilities. Embark on a journey alongside beloved characters and encounter familiar faces, summons, and more along the way!
●Play with Friends
Multiplayer quests allow you to join forces with up to two other players to bring down mighty enemies and earn fabulous rewards! 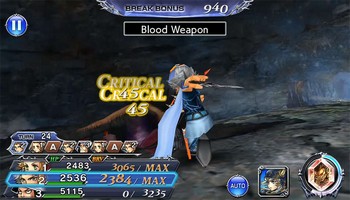 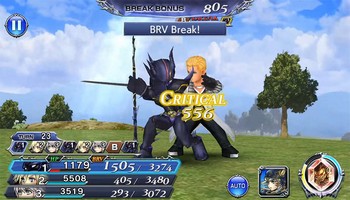 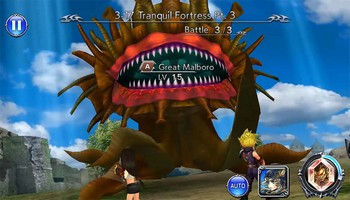