Dungeon Rampage is (or was*) a free-to-play action MMO from Los Angeles-based game studio Rebel Entertainment for PC (browser originally). Dungeon Rampage is a dungeon crawler that is heavily inspired by such popular titles as: Blizzard’s Diablo series, Gauntlet and The Behemoth’s Castle Crashers. Players take control of a Hero and battle their way through a series of randomly-generated terrain with up to three other players in an attempt to level up, acquire new weapons, and defeat as many villains as possible. The game had over 2 billions active users each month on Facebook, Kongregate, and dungeonrampage.com. Reviewed as one of the best Action Adventure Social games, Dungeon Rampage had a 5.1 out of 5 star rating and was featured in the top twenty action-adventure games on Facebook.
Players could unlock and play different characters in Diablo-style combat, utilize powerful weapons, and enable various character skins for increased customization. The game was available through Facebook, Dungeon Rampage’s main website and Kongregate. High action and unique gameplay made Dungeon Rampage an excellent game.

Why has Dungeon Rampage ended?

*This is a message posted by the Dungeon Rampage developers on May 11, 2019, explaining why they allegedly had to shut the game down:

“To justify for why we shutdown the game; the problem is within Facebook Game Development itself. Facebook games are very vulnerable for hacks, cheats and exploits, this caused us to make a decision about the game, 4 years ago, the exploit spread way too much and there’s no way it can be patched, unless Facebook re-build their code from the ground up, but this would make every game on Facebook unusable. We started seeing a decline in the revenue, and it was getting worse by the day. If we can’t make the necessary profit from the game then we wouldn’t be able to pay our developers, so we had to shutdown the game, and we are not alone who did that. We apologize for the delayed response. Hopefully this clarifies the situation and answers your questions.” – Dungeon Rampage Community Manager

As of 2020, a lot of people are still looking for Dungeon Rampage on a daily basis around the world. It is always a little sad and unfair for players to see one of their favorite games disappear virtually overnight after pouring so much play time and possibly money into creating and upgrading their game character(s) while keeping the game world alive (and profitable). Players deserve a bit more respect and return on investment than what they currently get throughout the online gaming industry.
Dungeon Rampage is one of those games which should be released as open-source and allowed to be hosted independently for people to continue playing at their own (hosting) cost, if no official relaunch is carried out.

In the meantime, some fans are trying to make a Dungeon Rampage remake, but for obvious copyright reasons, they cannot do it without changing the game’s name and re-drawing all assets from the ground up (or keeping the relaunch private).
One of these teams, and currently possibly the most active one, may be found by the name of Dungeon Rampage Remake at https://twitter.com/DungeonRemake, who made a demo available in 2021 via their discord channel: https://discord.com/invite/7mxDpksjqA 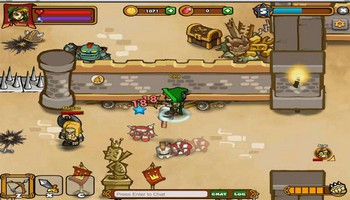 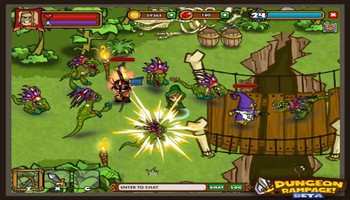 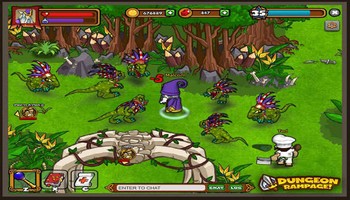