EverEmber Online is a free-to-play Openworld MMORPG set in the massive world of Ember. The Game’s Concept is to bring back the good feeling of MMORPGs of the late 90’s through 2000’s while keeping up to date in many systems. Everember Online will have many aspects taken from many games, Players will go through a tutorial, learn the basics, spawn in a massive world, and explore their way through it.” With no main goals and maybe some side quests, players will remember what games were like back in the day, when they felt like lost puppies, were tricked, asked other players for tips, and had a fun and a diverse community, with a pvp/trade aspect to it.”
Friends can add each other to each others party’s, earn exp together and gather resources as a team. PVP is rich, with plenty of options between melee weaponry, potions, ranged weapons, armor, stat buff potions, and magic spells. Guilds will keep the player base together, forming guilds, partnerships and guild wars. There are no skill levels except for your primary level, so no need for that extra grind leveling up woodcutting or etc…

EverEmber Online has been cancelled and is being replaced by a 3D remake called EverEmber Reborn! We’ll update the page as we get further information.

-A Large World that is easy to navigate.
-Sandbox Gameplay Meaning that they can explore and play without any restrictions or objectives.
-Player Owned Guilds
-NO CLASS CONSTRAINTS
-PVP
-Player Built Economy
-Unique Crafting System
-Lots of Monsters With Lots of Drops
-The Ability to fight using range, melee, or mage.
-Dungeons to explore and bosses to fight.
-Just Goofing around with friends and Having Fun
-Meeting New people
-Skills such as Woodcutting, mining, and fishing.
-Group Skilling 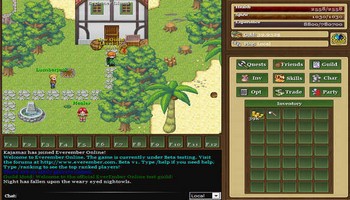 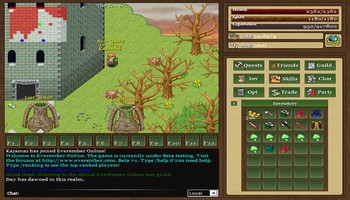 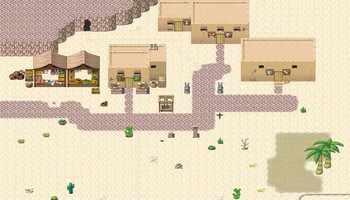