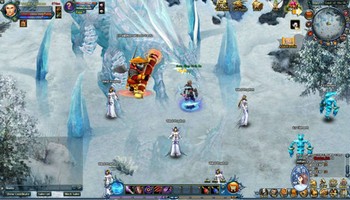 Everlight is a browser-based, fantasy action role-playing game (ARPG) that combines the best of both worlds: action-oriented gameplay with MMORPG elements. Everlight takes place in an ancient fantasy world where lost civilizations, myths and legends aren’t hearsay, but an everyday reality. As the forsaken offspring of the Titans, you will plunge into the depths of Greek mythology to unravel what the world has entrusted unto you. Seek advice from the Mayans, decipher the Atlantean mystery, and hack and slash your way through the lost city of Atlantis to uncover the truth behind your lineage.

– Transformation System: If the character’s XP received by killing monsters is full, click X key on the keyboard to transform to another image for one minute.
– Constellation System: Enhancing Constellation will improve the character attributes. The attribute increases from Constellation I to Constellation X. It needs SP and gold to enhance Constellation. SP can be received by Blessing (Online Quest Aid), using Crystal Bottle filled with energy (which can be bought from other players) and completing events or quests.
If the Star Defender Progress of the Constellation Total Attribute is high, the character will get a special attribute title with enhanced combat ability and attribute!
– Title System: The title you get will bring you great attributes. You can view the image and the attribute bonus in the character menu. You can equip more than one special title at the same time but only one normal title can be equipped at any one time.
– Wings: You can buy Mighty Wings and Spectral Wings in the Mall and get Sacred Feathers through Lair Hunter. Refining Wings is a good way to improve your Critical Hit Rate just like refining other equipment.
– Mount System: Lv. 30 characters can follow the Main Quests to receive a Dark Horn Mount from the Harrenhal Mount Manager in Harrenhal. However, better mounts like War Dragon and Erratic Brute can be bought in the Mall. Each character initially has 2 slots for mounts, but can pay to expand the slots.
– Fashion: With the magical fashion system, Everlight can aid you in achieving the look you’ve always wanted.
The fashion can not only take you the pretty looks, but also the powerful attributes. Moreover, the fashions can be upgraded by the Fashion Refinement Gem.
– Pet System: Players can get normal pets by doing main quests or get rare pets in the Mall. Upgrading Animal Taming will improve the Attack Power of the pets.

Mayan prophecies say that the Earth has five destruction and resurrection cycles. Each cycle is called the “Period of the Sun”, and when each cycle ends, a tragic orchestra of destruction unfolds. The fourth “Period of the Sun” speaks of the Atlantis civilization, or the Civilization of Light: an ancient kingdom where citizens lived in purity – a land without war, famine or plague. Atlantis flourished under her citizens of utmost integrity.
There is no evil without good though, for they inevitably co-exist. When the Atlantean guardians banished the fallen gods to the edge of Atlantis – the Time Rift – and sealed them away with the Lunar Crystal, the armies of darkness revered this as their source of power. The moment they smashed open the seal was the day sheer evil blanketed Atlantis. Unwilling to see their civilization razed to ashes, the descendants of Atlantis once again revealed their lost city to mortal eyes!
Be it a world where gods reigned, where myths were reality, there were still rules which had to be adhered. The union of god and man was taboo, and sometimes with death. Even then, under the light of a full moon, that the physical shells of a certain Titan and mortal were united. The seed grew into a young sapling, eventually blossoming into a fully-fledged form. It knew naught its origins, and the deeper, more esoteric meanings of its lineage. That it would be the beacon of light the Mayans foretold, and the herald to Atlantis’ salvation: the Everlight.
Treading the path paved with glowing tiles, it would start as a glimmering sliver: overwhelmed, confused, fading. The path will guide it through the forest of darkness, attracting both the torches who seek it, and those it seeks, like moths to candles. Blackness will threaten to consume this young ray of light at every turn, but its will to blaze bright, its benevolence in kindred souls, will battle the utter shade. At the end of the road, the door of eternal shine will open its divinity, bathing the one who would become the Everlight. 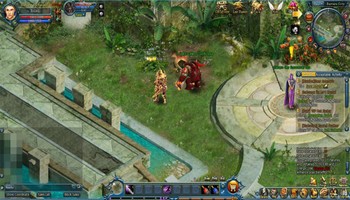 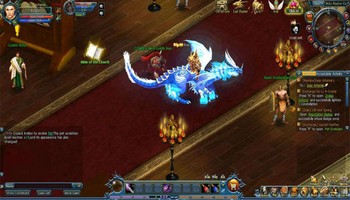 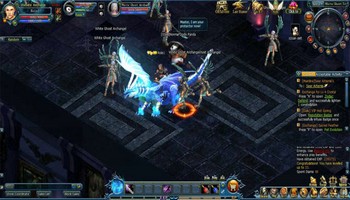