Evony (formerly known as Civony) is an Adobe Flash-based multiplayer online game with graphic elements reminiscent of Civilization, however there is no cultural diversity and the buildings and units are very limited. The game is set in medieval times, where a player is to establish a city, begin developing various technologies, and build supporting structures and alliances to generate armies and resources for the purpose of attacking other players and in-game opponents.

Evony is set in a persistent world during the Medieval time period in which the player assumes the role of a lord or lady of a city. A new player is given “beginner’s protection,” which prevents other players from attacking their cities for a total of 7 days or until a player upgrades the Town Hall, the center of a city to level 5 or higher. This gives new players the opportunity to accumulate a few resources and troops and get accustomed to the game before other players can attack them.
The player gives instructions on production and construction with the initial resources. The resources in the game are Gold, Food, Lumber, Stone, and Iron, and the city’s population. As with many real-time strategy games, one first has to increase the city’s population and hourly resource-collection rates through high level construction of certain buildings in the city, and then start developing other aspects of their city and building an army. Your army can include siege machines, such as ballistas, catapults, and battering rams, and foot troops, such as archers, warriors and swordsmen. 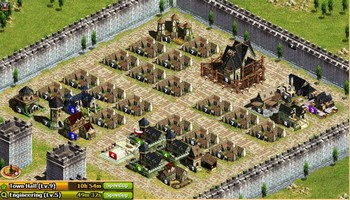 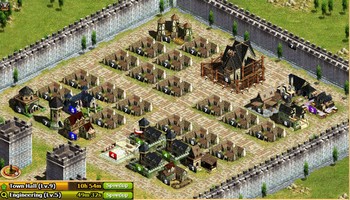 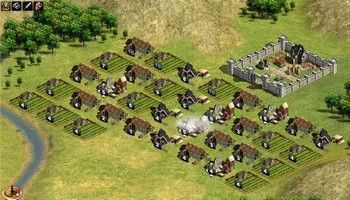