F1 Mobile Racing is a free-to-play mobile Formula One racing game by Codemasters. Players can develop and customize their own F1 racing car from the ground up, or race on behalf of one of the 10 official F1 teams, while challenging opponents from around the world in thrilling multiplayer duels. “Featuring official circuits from the 2018 season, including the return of Hockenheim in Germany, F1 Mobile Racing lets you race against the greatest drivers on the planet including Lewis Hamilton, Sebastian Vettel, Max Verstappen and Fernando Alonso”.

•OFFICIAL MOBILE GAME OF FORMULA 1®: F1 Mobile Racing is an official mobile game for the 2018 FIA Formula 1 World Championship™ featuring all of the teams, cars, drivers and circuits.

•REAL TIME MULTIPLAYER: Play freely with players from around the world in real-time 1v1 races to make your way to the top leagues.

•DEVELOP AND UPGRADE YOUR OWN F1 CAR: Collect the appropriate parts to upgrade your car’s performance and find the best configuration for each Grand Prix™!

•STUNNING GRAPHICS: Enjoy the feeling of being a real F1 driver with gorgeous visuals.

•THRILLING RACES: Take part in the greatest racing spectacle on the planet with a console-quality gameplay experience on your mobile. 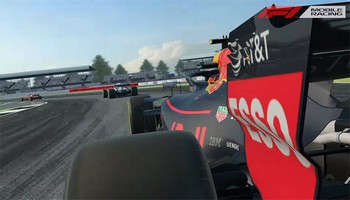 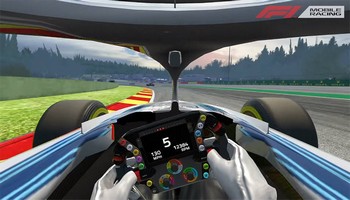 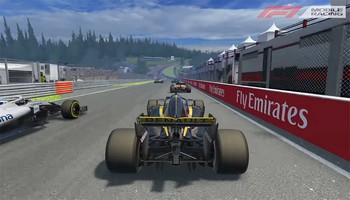