Fallen Earth is a massively multiplayer online role-playing game set on a post-apocalyptic Earth in the year 2156. Explore, harvest and stake your claim to over 1,000 square kilometers of harsh and mysterious terrain. The classless advancement and non-linear gameplay allows you to play the character you want. Join a random dynamic events to capture resources and invade towns, capture and hold a Progress Town, fight through instances, take part in the rich faction backstory, or make a living by selling what you scavenge and craft on the auction house. Fallen Earth gives you the freedom to do exactly as you want. The world may be a shadow of its former self, but there’s no limit to what’s possible for you to accomplish.

After a long 10 year run, the original Fallen Earth servers were taken offline on October 14, 2019. Little Orbit is now working on an all-new reboot of the game.

It’s 2156, and the world has been destroyed by both nuclear and bio-chemical means. Your story takes place in one of the few habitable places left in the world, the Grand Canyon. As a clone with an uncertain past, your job is survival in a world now built on destruction, betrayal and fragile factional alliances.

– Scavenge, harvest and craft just about anything you can think of. Over 95% of the in-game items are player crafted.
– The hybrid real-time combat system gives you the perfect blend of first-person combat and role-playing.
– Pledge allegiance to one of six factions and take part in the rich backstory that defines the world of Fallen Earth.
– Completely classless, play the way you want to.
– Over 1,000 square kilometers to explore.
– Dynamically occurring events, including invasions and resource cache discoveries mean that there is always something happening. 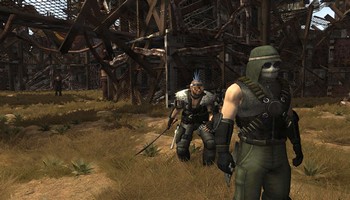 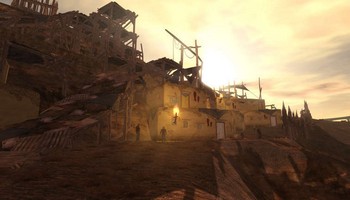 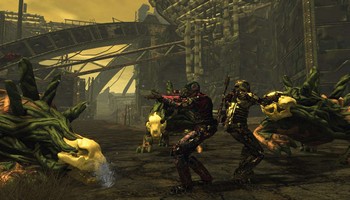